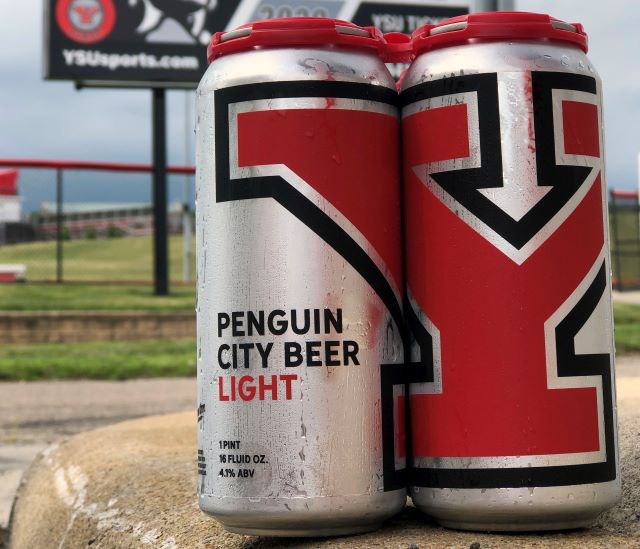 YOUNGSTOWN — Penguin City Brewing Co. today released a limited edition label on its new Penguin City Light Beer. The design commemorates the 80th anniversary of Youngstown State University football and will be available for sale throughout the Mahoning Valley.

“We are so happy to continue our partnership with YSU athletics, especially through these difficult times,” Aspasia Lyras-Bernacki, co-owner of Penguin City Brewing, said in a news release. “It means a lot to us to be able to honor YSU and the Valley with these limited edition cans. We are tough like our city, and we will continue to push forward.”

The design is a silver label with matte print on a 16-ounce Penguin City Light can with Youngstown State’s “Y” featured prominently on the front.

“We knew we wanted to do something special for this year’s YSU release, so we collaborated with fellow Youngstown native Jesse Reed, a partner at Order Design in New York City,”  Michael Pontikos, Penguin City brand manager, said in the release. “I called Jesse up, asked him if he’d want to do the label design and, well, he nailed it.”

After Gov. Mike DeWine’s stay-at-home order in March, Penguin City had to cut its staff in half and was distributing only to grocery stores and party shops. The company says it is getting back to its regular schedule now that businesses are opening back up.