By Ohio law, tax incentives must be a "major factor" in a company's decision to do business in the state. But Policy Matters Ohio asks why the state tax credit authority awarded General Motors $13.8 million in credits after it had already broke ground on its Lordstown battery cell plant.
Oct 8, 2020 2:30 PM By: Zach Schiller | Policy Matters Ohio 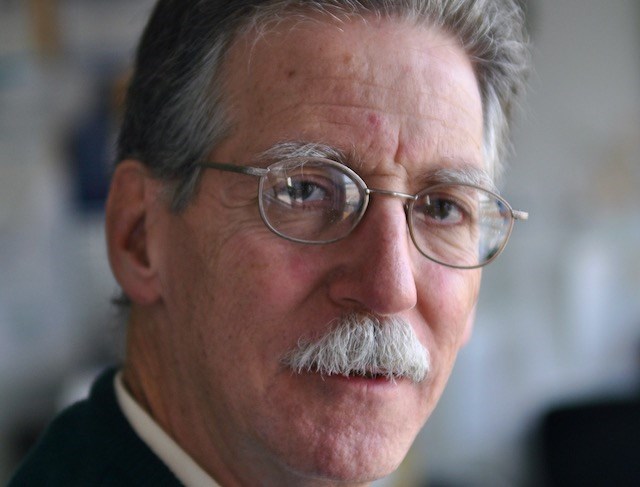 The plant anchored the Mahoning Valley. Ranked as the top GM North American plant for quality in 2018, it supported jobs at suppliers scattered across the area. The revenue it generated funded public schools, health care and emergency services. When GM shuttered the plant last year, it opened a gaping wound in the northeast Ohio economy, hurting thousands of families across the region.

By ending operations years before its agreement with the state expired, GM violated the terms of tax incentives the State of Ohio had granted. Thankfully, the Ohio Tax Credit Authority on Sept. 28 approved an agreement under which GM will pay back $28 million; and another $12 million in education and training at Youngstown State University or other higher education institutions, support for community programs, and infrastructure for the Mahoning Valley.

It wasn’t the full $60.3 million that the company could have been required to pay, but it still may have been the largest clawback of incentives in U.S. history. This is a victory not just for Ohio taxpayers but for intelligent policymaking, which makes companies responsible for making good on their promises.

At the very same meeting, though, the authority also approved an estimated $13.8 million in new incentives for a GM joint venture that is building a new, $2.3 billion battery plant nearby in Lordstown. This unneeded incentive gives back some of what was gained, and raises real questions about the state law that governs it.

A recent report from Policy Matters Ohio, the Century Foundation and Groundwork Collaborative shows how good manufacturing jobs depend on good public policies at all levels of government. This week’s actions highlight how state policymakers can make a positive difference — or a negative one. They illustrate the need policymakers to take firm action to upgrade Ohio’s economic incentive practices:

Most tax incentives aren’t the determining factor in where a corporation chooses to locate. Research has shown that they don’t affect decision-making 75 percent or more of the time. A good example is the incentive just granted for the Ultium Cells battery venture, which GM announced last December. In April, GM wrote to the Ohio Development Services Agency (ODSA), arguing why it shouldn’t have to pay back the Lordstown assembly plant incentives.

One of the reasons it gave: Its investment in the battery plant. Yet nearly six months later, the tax credit authority approved credits for the venture, sending money back to the GM joint venture.

Under state law, such credits must be a “major factor in the taxpayer’s decision to go forward with the project.” A spokesperson for the agency said the COVID-19 pandemic pushed back consideration of the credit; otherwise, the authority would have heard it in February or March, before construction on the plant began. But that was still months after GM’s announcement, which said nothing about being contingent on tax credits — nor did GM’s April letter display any uncertainty.

“We respectfully ask the Department to consider our belief that a repayment of the tax credits would be inconsistent with the spirit of economic development and our significant manufacturing presence in Ohio and the Mahoning Valley,” wrote Troy D. Kennedy, GM’s U.S. property tax manager. The letter cited the strategic significance of the battery production, and went on to note a recent announcement that GM and Honda would jointly develop two new electric vehicles for Honda. “These vehicles will be powered by battery cells manufactured in our new joint venture facility located in Lordstown.”

At the very least, this suggests that the new tax credit was unnecessary.

State law allows for job creation credits to be considered for projects already in progress if the applicant files a request. Policy Matters Ohio asked ODSA if Ultium Cells had made such a request, but four weeks later, the agency had not responded. Nor did it give a full explanation of how the credit could be a major factor in the company’s decision to go forward. The provision may mean that the Ultium Cells project can legally qualify for a credit, but if so, it badly undercuts accountability. Companies should be able to qualify for tax breaks only if there is strong reason to believe they are needed for the projects to happen. Of course, they also should be good jobs.

Given how unproductive so many incentives are, state and local officials who decide to offer them need to be very choosy about granting them — making sure when they do that there are safeguards in the form of clawbacks, and they watch closely to be sure their terms are carried out. Last week’s actions by the tax credit authority underline that this can be done well — or badly.

— Zack Schiller is research director of Policy Matters Ohio, a nonprofit, nonpartisan research institute with offices in Cleveland and Columbus. Prior to coming to Policy Matters in 2001, he covered Ohio business for two decades at Business Week and The Plain Dealer.