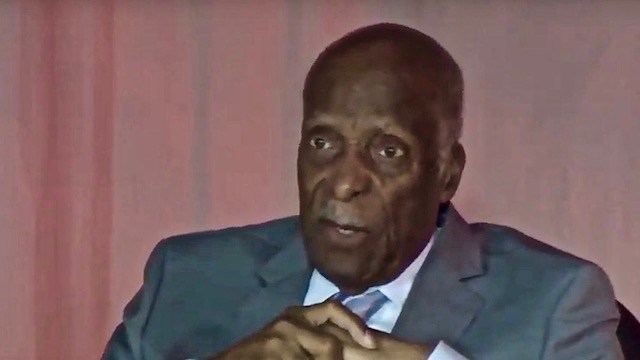 To hear Judge Nathaniel Jones pause and contemplate does not, on the surface, seem like a precious moment to share.

First off, there is an absence of his sage words.

But the moments of his pause are also opportunities to experience and digest all that the man who died Sunday stands for — each and every second. It's to experience brilliance.

I had the honor to sit and talk with the Judge for an hour. It was summer 2016 and our group was set to honor him for the Simeon Booker Award for Courage that fall.

My total time with Judge went for 70 minutes. It lives on YouTube.com under the search “Judge Jones speaks of Simeon Booker.”

Each tale he told — from his troubled youth in Youngstown to prepping South Africa for the release of Nelson Mandela — revealed a lesson on how to live, how to fight, how to watch and how to listen.

He talked with vivid detail of being mentored by Youngstown businessman Maynard Dickerson, of watching Simeon Booker photograph violence against black kids at city pools, of returning from World War II and of pressing Youngstown College for equal rights for black students.

He described one event that happened when he was about age 12. In The Vindicator, he had read that his church was meeting that night to oust the pastor. He decided to attend the meeting. He told his parents he was going to church. But he did not share the reason.

After a while, as adults argued, young Nathaniel went to the front of the room. With a microphone in his hand, he scolded the church elders for bringing shame onto the church and the pastor.

By the time he got home, his parents knew what he had done. He was chastised for getting in the middle of adults’ business.

His answer to his mom was simple:

And that’s the life he shares on the videos you can watch.

Toward the end of my 70 minutes that day, his answers grew slower and more contemplative.

What do you have left to achieve, I asked.

He sat for 14 seconds, and then scrambled for words for about 5 more seconds before offering:

“We have to elevate the word ‘respect.’ We have to regard respect as a noble goal. Respect for differences; respect for views we don’t necessarily share; respect for humanity. If you don’t understand the past and those who brought about change, it’s hard to have respect for those who are trying to improve the future.”

We closed with how he wanted to be remembered.

This brought his longest pause.

His eyes fixed at a spot on the floor. His hands clasped at his face as his index fingers rubbed each side of his nose.

He was silent for 25 seconds. He then sat up in his chair and looked back at me — finally. He delivered unflinching:

“I would like to have my name stir this thought: One need not be perfect in order to be good. I by no means have lived a perfect life. But I have tried to be good. If my efforts of goodness have brought an improvement in the human condition, I think that my living has not been in vain.”

The judge died Sunday. It’s the final pause on an extraordinary life.

Basketball star Kobe Bryant’s death the same day stunned the world. It should.

He was greatness already and was on his way to becoming greater in his post-playing career.

But he too, as judge admitted of himself, lived not a perfect life.

Together they go as reminders to us all:

None of us is perfect. Each of us will fall. We see it daily.

But each of us has the potential to do great things for someone else.

Choose to do so.

— Todd Franko is the former editor of The Vindicator and is currently director of Local Sustainability and Development for Report For America.