About 35,000 poll workers are needed for an election in Ohio, and Jen Miller, executive director of the League of Women Voters in Ohio, said there are some concerns right now about a shortage for the primary.
Mar 11, 2020 1:25 PM By: Public News Service 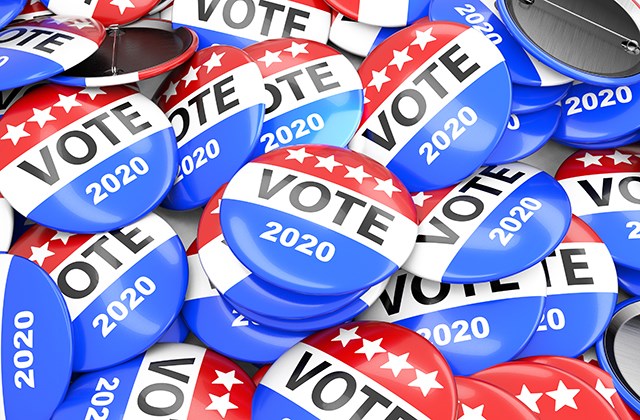 COLUMBUS — With the Ohio primary less than a week away, election officials don't want COVID-19 to become a hindrance to democracy.

Secretary of State Frank LaRose has been working with local election officials and health departments to help reduce the risk of coronavirus transmission on Election Day, March 17. Those efforts include moving roughly 125 polling locations from senior living centers and ensuring best practices for sanitizing polling equipment.

"They can print those off online from the Secretary of State's site, and they need to mail those requests in by Saturday at noon," she said. "And then, they need to postmark the return ballot by March 16."

County boards of elections also will be accepting curbside drop-off of absentee ballots during regular voting hours on Election Day.

About 35,000 poll workers are needed for an election in Ohio, and Miller said there are some concerns right now about a shortage for the primary. Health professionals say they don't believe working at the polls is a health risk, although Miller acknowledged that many poll workers are older — a demographic group considered more vulnerable to infection.

"We are really calling out to younger people to jump in there and help at the polls," she said. "There's still time to sign up and get trained. You get paid, and it's a great way of helping make sure that our democracy works well for everyone."

Gov. Mike Dewine declared a state of emergency Monday after three residents of Cuyahoga County tested positive for the coronavirus.

Voting information can be found at VoteOhio.gov.

BREAKING | Ohio reports 3,590 new cases of COVID-19; highest single-day total
Oct 29, 2020 2:23 PM
Comments
We welcome your feedback and encourage you to share your thoughts. We ask that you be respectful of others and their points of view, refrain from personal attacks and stay on topic. To learn about our commenting policies and how we moderate, please read our Community Guidelines.