Many of the provisions included in the bill remain in place until either Gov. Mike DeWine’s order declaring a state of emergency is repealed or Dec. 1, whichever comes first.
0
Mar 25, 2020 6:45 PM By: Todd DeFeo 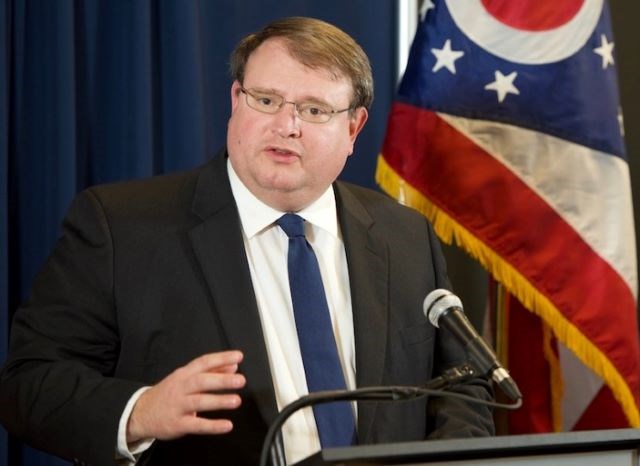 COLUMBUS — State lawmakers today passed a bill aimed at addressing a number of issues stemming from the COVID-19 outbreak, postponing the tax filing deadline and extending how long Ohioans have to vote in this month’s primary election.

Both the state Senate and the state House unanimously passed Amended Substitute House Bill 197, which, in part, extends absentee voting by mail for the March 17 primary to April 28 and moves Ohio’s tax filing deadline to July 15, in line with the federal change. It also bars utilities from disconnecting customers’ water and allows high school seniors to graduate if their school determines they are “on track to do so.”

“My Mahoning Valley neighbors are calling my office, reaching out through email and social media and letting me know they’re scared,” state Rep. Michele Lepore-Hagan of Youngstown said in a news release. “I came to Columbus today to fight for them and their families.  We’re doing everything we can, and acting as quickly as possible, to provide in this great time of need.”

Ohio, like other states, is grappling with a virtual shutdown, prompting lawmakers to take action. Many of the provisions included in the bill remain in place until either Gov. Mike DeWine’s order declaring a state of emergency is repealed or Dec. 1, whichever comes first.

“The safety, health and well-being of all Ohioans is our highest priority,” Senate President Larry Obhof, R-Medina, said in a statement.

“While we know that not everything we wanted addressed was taken care of in this one bill, this is a good start to ensure our government continues to work for the people, especially during this crisis,” House Democratic Leader Emilia Strong Sykes, D-Akron, said in a statement.

Another provision allows local governments, higher education boards and state boards and commissions to meet virtually if the public is aware of the meeting and able to participate. It also extends licenses issued by state agencies and political subdivisions and grants a 90-day window for renewal.

The bill allocates $20 million for the Department of Administrative Services operation of state agency capital facility projects, which will be repaid after an upcoming bond sale, officials said. The legislation also authorizes $7 million to cover costs for the extended primary.

“This bill was absolutely necessary,” Minority Leader Kenny Yuko, D-Richmond Heights, said in a statement. “The lives and safety of Ohioans are at risk, and we had to do something.

"Not everything that we wanted to see in this bill was included, but I hope we will have the opportunity to do more soon,” Yuko added. “Right now the priority is stopping the spread of the virus and making sure Ohioans are safe.”

The bill now heads to DeWine for his signature.

“This bill will ensure continuity of government, extended mail-in voting for our primary, clarity for schools and students, relief to workers impacted by COVID-19 and measures to make sure we are prepared to help Ohioans get back to work when this pandemic subsides,” DeWine said in a statement.

Earlier this week, DeWine announced a hiring freeze for all agencies, boards and commissions under his control. On Sunday, the governor announced a Stay at Home order that took effect Monday and remains in effect until April 6, unless altered.