State-ordered COVID-19 school closures have made the Ohio Broadband Strategy "more important than ever."
Apr 2, 2020 4:26 AM By: Todd DeFeo 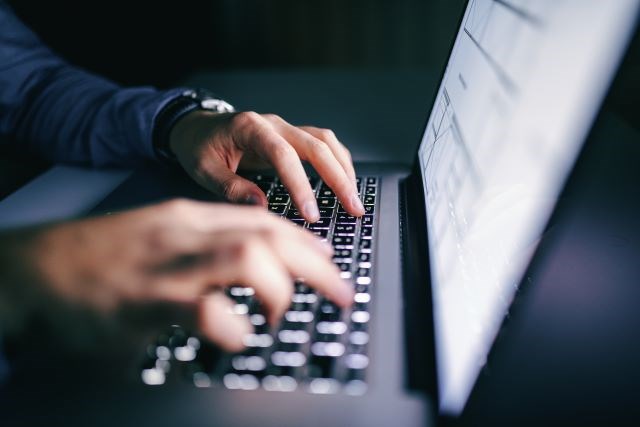 COLUMBUS — Ohio officials are moving forward with a plan aimed at improving access to high-speed internet across the state, a push that could see renewed interest in the wake of the COVID-19 outbreak.

The new BroadbandOhio office will implement the Ohio Broadband Strategy, which the state released in 2019. The plan, in part, calls for the Ohio Department of Transportation to allow more access to state-owned rights of way to construct internet infrastructure.

"As Ohioans work together to slow the spread of COVID-19 across the state, internet connectivity for everything from distance learning and telecommuting are being more widely used. This makes high-speed internet connectivity more important than ever," Carolyn Cypret, press secretary for Ohio Lt. Gov. Jon Husted, told Mahoning Matters in an email.

“Those are the kids that are falling behind [academically] because they don’t have internet when they go home,” said Iudiciani, who for the last two years has wanted to expand connectivity around the village. “It’s a shame we can’t figure that out for our communities.”

As part of state-ordered closures to curtail the spread of the new coronavirus, all of Ohio's K-12 students must now learn from home, at least through May 1 — and possibly through the end of the school year — using online tools.

Lowellville Local Schools Superintendent Eugene Thomas said even though a small number of the district's students don't have internet at home — also adding a majority of those 500 students are from open enrollment and likely don't live in the village — the district is also offering paper classwork and assignments available for pickup.

The district's "bring your own technology" policy ensures all parents can engage with the school district online, at least by using a smartphone.

Students who are now learning from a distance are using Google Classroom and a phone app that pushes out information about assignments to students and parents. Some teachers are recording their lessons, while others are going live, Thomas said. Teachers are also available during regular school hours to answer questions online, he said.

The district doesn't put learning technology like laptops or Google Chromebooks in each student's hands, but is revisiting a one-to-one initiative as part of its strategic plan for this year, Thomas said.

If there is any "silver lining" to the state-ordered closures, it's that Lowellville teachers are now getting a crash course in teaching online, he said. It's also made education in the district a "collaborative community effort" that continues even after the final bell would have rung.

Parents, teachers and students have been connecting online like never before to share information and support on classwork, as well as the school's food programs and resources for special needs students, he said. They're also putting the districtwide phone alert system to new use, he added.

"I'm just amazed at how people have stepped up and worked collaboratively to do whatever it takes to make sure every single kid is instructionally satisfied ... and have been there for any type of support and services their family would need," Thomas said.

"Just like any change initiative, there's anxiety and confusion. But faced with this situation, with COVID-19 being such an unprecedented force ... it's been remarkable and, quite frankly, amazing to sit back and watch how hard the teachers have accepted the issue and faced the issues with solutions as a team."

The study would cover Mahoning, Trumbull and Ashtabula counties, demonstrating "where there is a lack of residential and commercial access in the region while providing a blueprint for pursuing opportunities for expansion and implementation," he told Mahoning Matters in an email.

"Along with regional stakeholders, we fully understand the impact that a modern, state-of-the-art broadband network could have both for our residents and commercial partners in the [Mahoning] Valley," Ragozine said, adding the process remains fluid as the COVID-19 pandemic continues to spread in the region and as Eastgate employees have been working remotely.

While state officials say the Ohio Broadband Strategy will help increase economic growth in the state, they also hope it will lead to additional funding from the federal government.

“The BroadbandOhio Office is operating out of the state’s Development Services Agency, in coordination with InnovateOhio and other state agencies, with the goal of using as many existing resources available, including leveraging current state and federal programs,” Cypret wrote to The Center Square.

Earlier this year, Ohio officials announced they are rolling out a new artificial intelligence tool aimed at reforming Ohio’s regulatory landscape. The state is spending up to $1.2 million on the project launched by the Common Sense Initiative in partnership with InnovateOhio. The Ohio Broadband Strategy is using the AI tool to improve regulations tied to expanding services.

In a similar initiative, the state is launching a telehealth pilot project to connect K-12 students in southeast Ohio’s Switzerland School District with mental health counselors. In a news release, Switzerland School Superintendent Rob Caldwell said students and their families must sometimes “travel hours away to seek treatment” due to “recent closures of mental health providers in our area.”

“There is no specific appropriation for the Ohio Broadband Strategy as the strategy was completed after the current biennial budget proposal was passed and signed,” Cypret said. “They will manage projects within existing appropriations, including the recently announced Telehealth Pilot Project, which is funded from existing Medicaid appropriations.”

Columbiana reports 40 new COVID-19 cases since Saturday
Oct 26, 2020 12:55 PM
Comments
We welcome your feedback and encourage you to share your thoughts. We ask that you be respectful of others and their points of view, refrain from personal attacks and stay on topic. To learn about our commenting policies and how we moderate, please read our Community Guidelines.