“When we see an injustice, we need to stand up and do something about it, whether it be participating in a march, whether it's saying something to people, whether it's organizing and working on voter registration, or getting people out to vote, or just letting people know that you've got to stand up for what you believe is right,” the executive director said.
Sep 1, 2020 4:45 AM By: Alyssa Weston 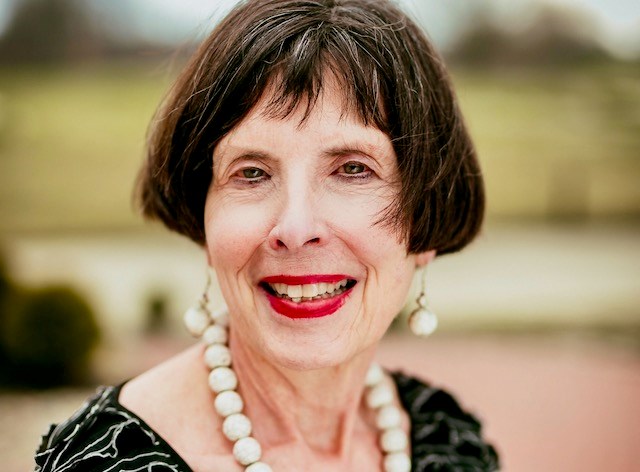 [EDITOR'S NOTE — Difference Makers articles share stories of the local heroes making a difference during the extraordinary times of the COVID-19 pandemic. This section is made possible by Eastwood Mall and named in honor of Mark Eckert, who made a difference in the Mahoning Valley.]

Instead, the students are adapting their social justice efforts amid the COVID-19 pandemic.

That’s not to suggest that the organization has not had a busy year thus far. Mahoning Valley Sojourn to the Past has helped organize social justice rallies and demonstrations (including Youngstown’s March for Justice and Solidarity in the Suburbs), participated in community forums on racial issues, initiated the creation of a civil rights mural in Selma, Ala., and hosted a vigil for the late U.S. Rep. John Lewis.

“Anytime there's been a social justice issue, I think we've become involved in some way. So it was just kind of natural that after George Floyd was murdered in May, that we would be on board for having a rally,” Wells told Mahoning Matters.

Recently, Sojourn to the Past created an anti-racism workshop that focuses on Black American history with a goal to motivate people to take action against racial injustices.

“Part of this goal is to enlighten. Whether you're Black or white or Latino or Asian, to enlighten people and the history of Black Americans in this country,” she said. “So to raise awareness and then to try to encourage people. So, now that you know these things that happened, what are you going to do to try to eliminate racism and bias that still exists in this country?”

In addition to her work with Mahoning Valley Sojourn to the Past, Wells is on the Ohio Secretary of State Diversity and Empowerment Council, which works to get citizens registered to vote.

Wells was born to southerners in Dallas and raised in North Carolina.

She attended Brown University during the civil rights movement, which she said is what “awakened her soul.”

“I had all these liberal and social justice ideas embedded in my soul from my parents. But Brown was kind of the awakening. It was an opportunity to really develop my ideas about equality and social justice,” she said.

During her time at Brown University, Wells was the secretary for her local Southern Christian Leadership Conference, which, at the time, was under the national leadership of the Rev. Dr. Martin Luther King Jr.

Wells also organized a group of Brown University students to go to Choctaw County in Alabama for voter registration. She told Mahoning Matters that during the trip, the car she was in was stopped on a back road by a state trooper as the group was returning from voter registration sign-ups at a Black church.

“They said that the driver, who happened to be the chaplains from Brown, who happened to be a Black person, was tailgating. So they took us to the home of the justice of the peace,” she said. “There were five of us sitting out in the car when they took him into the Justice of the peace and told him either they would send them to jail for tailgating or they'd have to pay a fine.”

“So you can imagine what's going through my mind as we're sitting there,” she added. “But he paid the fine, and we went on our way.”

In 1966, the summer after graduation, Wells worked at Tougaloo College outside Jackson, Miss., during the March Against Fear.

Wells said the march’s route was from Memphis, Tenn., to Oxford. Miss., and was started by James Meredith, who was the first Black student at University of Mississippi. During the march, Meredith was shot by a sniper.

Although Meredith survived the wound and later rejoined the march, Martin Luther King Jr. took over the demonstration on Meredith’s behalf, according to History.com. Wells said John Lewis, who was chairman of Student nonviolent Coordinating Committee, was also among civil rights leaders organizing the efforts.

“We were able to witness all of this group converging on the campus — because we stayed on campus, we were all living in dormitories. So the next day, I could remember putting my driver's license in my pocket and enough money to make a phone call and walked with Dr. King and SNCC from Tougaloo College into Jackson at the end of the march,” she said.

In 1968, Wells participated in the Poor People’s Campaign in Washington, D.C., as part of a delegation from West Virginia, which was organized by King, but took place after his death.

Wells worked in West Virginia for AmeriCorps’ Volunteers in Service to America. In a rural town, she befriended a woman who was a victim of domestic violence and struggled to have custody of her children.

“I took her home. When we walked in the door, her husband was there, and he attacked her with a butcher knife. Without thinking, I just jumped in between them. She ran; the children ran,” she said.

“He was standing over me with his butcher knife, and I put my hand up to protect myself, but I just thought, ‘This is what it's like when you die.’ But I was able to push him off and I ran out the door and to the next house, and when I got there, I looked at my left hand, and all my fingers, not my thumb but the four fingers on my left hand, had been cut.”

The attack resulted in Wells' getting 50 stitches in her left hand and leaving the area. She moved to southwestern Virginia, working with the Community Action Program to get free lunches into the schools. That is where Wells met her husband, Bill. The couple has two sons, Preston and Chris.

“My husband went to school, and he was all-state in basketball at West Virginia and went to [West Virginia University] for one year, and then transferred to Youngstown State. So that's how I ended up here. It's because his family moved here. Never had heard of Youngstown before in my life. So I’ve lived here more than anywhere else,” she said.

Wells spent 30 years as a Youngstown City Schools teacher and discovered Sojourn to the Past through a workshop at a teachers conference.

“I'm a history teacher, and I majored in American civilization at Brown. I thought, ‘I don’t teach the civil rights movement, but this is kind of déjà vu,’” she said.

During the workshop, the Sojourn to the Past director told the teachers about the journey that he took students on to the South, the people they meet and how powerful language can be.

“So I thought, ‘Oh my gosh, I want to take students on this journey,’” she said.

Students from all over the country participate annually, but Wells said the majority of students are from California and Youngstown.

During the Sojourn to the Past journey, students meet leaders of the civil rights movement like Minnijean Brown Trickey and Elizabeth Eckford, two of the Little Rock Nine.

“So they meet these leaders and, of course, most of them, like John Lewis, have died because they're all getting older, but they learn the lessons of the civil rights movement, which are justice, compassion, tolerance, forgiveness, civic responsibility, not being a silent witness and, particularly, nonviolence,” she said.

Wells said the students are challenged to find ways they’ll uphold those principles in their community when they return home.

Mahoning Valley Sojourn to the Past students prepare for the journey by reading John Lewis’ book "Walking With the Wind" and fundraising to cover the $3,500 per person cost.

Last November, Mahoning Valley Sojourn to the Past, along with the NAACP, organized a gathering of dirt and service at the site of the 1878 lynching of William Taylor, which is now in the Legacy Museum in Montgomery, Ala.

Additionally, Mahoning Valley Sojourn to the Past creates a yearly action plan. In 2009, students started a Non-Violence Week, and in 2010 began the Mahoning County Non-Violence Week and parade, which happens annually in October.

This year’s Non-Violence Week is from Oct. 4-10, however, it will be adapted for the health and safety suggestions during the COVID-19 pandemic.

Although Non-Violence Week will be without guest speakers and live music, there will still be an art and poetry contest, and the annual parade will be all vehicles. Wells said she encourages participants to decorate their vehicles in social justice- and nonviolence-themed symbols and quotes.

The Simeon Booker Award for Courage will be presented virtually on Oct. 6.

Mahoning Valley Sojourn to the Past is also partnering with Inspiring Minds, Youngstown City Schools and the Public Library of Youngstown and Mahoning County on a poetry slam, and YWCA on a five-day reading challenge.

This past week, the Mahoning Valley Women’s Suffragists recognized Wells, along with eight other Mahoning Valley women, to commemorate the ratification of the 19th amendment on its 100th anniversary.

“I feel like that in my life, that was God calling me to this, like, this is what I’m supposed to do. Sojourn, social advocacy has been part of my life forever,” she said.

This story was made possible by our Community Leaders Program. Learn more