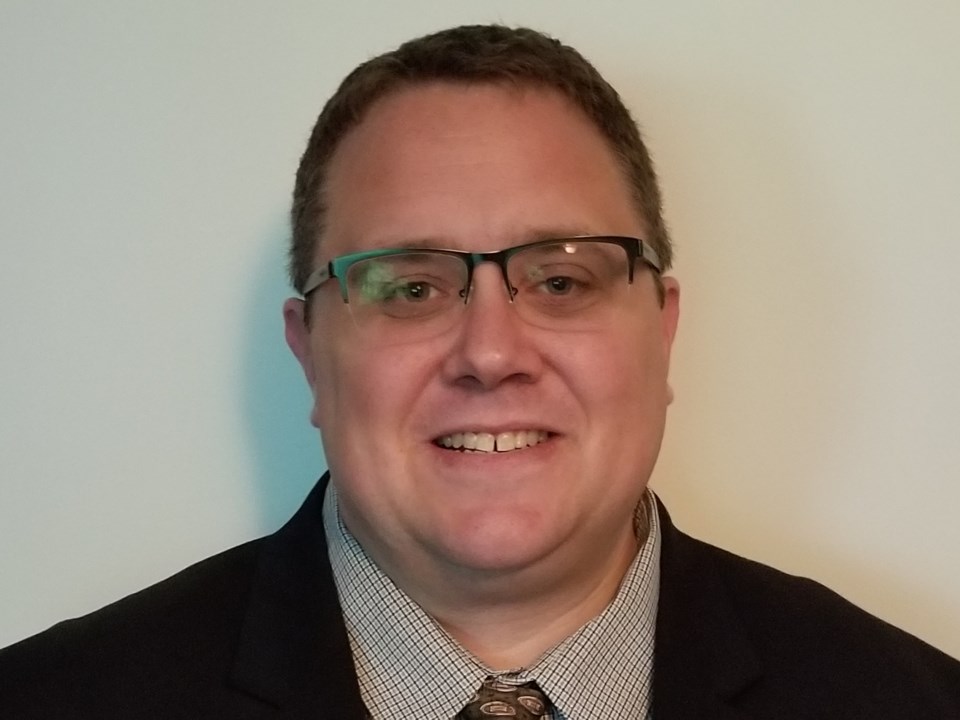 Dr. Michael Fricke graduated from Ohio State with a major in chemistry and political science, was a baseball umpire for 18 years, learned the piano, loved and lost, joined the Chi Phi fraternity, worked a summer in Alaska, sold snow skis and skied 33 days in a year, became a wilderness EMT, graduated after 6 years at Ohio State with a BS and a BA, 7000 mile road trip after graduation, grad school at the University of Cincinnati for six years, hiked the Inca Trail, PhD in arsenic, 8 trips to Europe to present his research, Oak Ridge Fellow for 4 years, toured with Phish, learned the bass, visiting scholar at the University of British Columbia, taught the blind, learned from the blind, started a design firm, moved to the east coast then back to Ohio, invented the Frickey, got engaged in India, got married and had two boys, started woodworking, joined a band, 15 year career in pharma, got divorced, sold the side business, moved to Alabama, flipped a house, moved back to Ohio, went to Jordan to start a lab, ran Ohio's first cannabis lab, got married, moved next to a lake and got a flotilla of kayaks, went back into pharma and built two more labs, rehired twice by former bosses, became chair of the Akron American Chemical Society, did the analytical development for the leading candidate for a COVID-19 therapy and is running for US Congress as a Libertarian.

I have had a successful career as a scientist and believe in citizen government. Both of my opponents are career politicians who claim to represent the working class. I am the working-class candidate.

We must immediately end the endless wars in the Middle East and bring our troops home. This is a position that resonates with most Americans but our leadership chooses not recognize the will of their constituents. President Trump made a campaign promise to "Bring Our Troops Home" but has merely moved them around. Absent a Congressional Declaration of War a full withdraw of our military must be initiated. Government should never incur debt, which burdens future generations without their consent. I support the passage of a "Balanced Budget Amendment" to the U.S. Constitution, provided that the budget is balanced exclusively by cutting expenditures, and not by raising taxes. I support a halt to inflationary monetary policies and legal tender laws. I support the right of individuals to form corporations, cooperatives and other types of companies but oppose government subsidies to business, labor, or any other special interest.

The genius of American Government is not the design of Government but the limits originally put on Government. Our Constitution prohibits specific abuses that were common in the time of our founders. The idea of being forced to quarter soldiers in private homes seems quaint and remote but this just speaks to the success of our 3rd Amendment. Other protections have not aged as well and the Government and our "leaders" continually works to erode Constitutional restrictions. There is a simple idea to put a stop to oppressive Government, stop electing authoritarians. I am against government involvement in defining, licensing or restricting personal relationships. I oppose government censorship, regulation or control of communication, social media and technology and strongly support an individual's right to bear arms. Civil asset forfeiture violates the right to due process and property rights. For education, I support free-market solutions and parental choice. The need for Criminal Justice reform is widely recognized and our drug war has failed to decrease addiction. It is time for a drug peace. Marijuana decriminalization is inevitable and the Federal and State of Ohio resistance to this reality only serves to demonstrate credulity. It is time for personal cannabis home grow in Ohio and the rest of America. For harder drugs, the problem of addiction must be treated as a medical issue and removed from legal consequences. For the last decade, Portugal has demonstrated that a decriminalization model works where prohibition fails. The truth is victimless crimes are not crimes at all.

I do not believe it is the role of government to provide resources and opportunities.

Legalize cannabis and home grow. Its not our biggest problem as a country but its the easiest to fix because government has been the problem for generations.

The initial reaction was appropriate. As more data came out and the mortality rate continued to drop, the state of Ohio was too slow to ease restrictions. The Swedish response has demonstrated that individual responsibility can be sufficient to slow and contain the spread of the virus. I expect to see therapeutics approved this year that will lower mortality even further. In fact, I have worked in my capacity as a pharmaceutical chemist on the development a promising experimental COVID therapy that is in human trials currently.

These cuts have been needed for long before COVID. As a federal candidate, government needs to get out of the way and allow individuals and corporations to compete in the local and global economies.

Constituents in my district have told me over and over that they are tired of the corruption and cronyism that is poisoning our leadership.

Politicians have stopped talking to the middle and spend their entire campaigns trying to aggravate their base to turn out the vote. This polarity has made civility impossible. As a Libertarian candidate, I am part of a revolution from the middle.

I going fly my nerd flag proudly with this answer. Gertrude Elion, the winner of the 1988 Nobel Prize in Medicine is my hero. Elion pioneered the use of rational drug design to create new medicines for many serious conditions. Her final discovery was acyclovir which was introduced in 1978. It was an inhibitor of viruses and similar to the discovery of penicillin, it started a new era of therapy that is the basis for all subsequent development of effective antivirals including drugs for HIV and experimental COVID treatments.

Trumbull County voter guide: What you need to know now
Sep 25, 2020 7:48 AM
Comments
We welcome your feedback and encourage you to share your thoughts. We ask that you be respectful of others and their points of view, refrain from personal attacks and stay on topic. To learn about our commenting policies and how we moderate, please read our Community Guidelines.