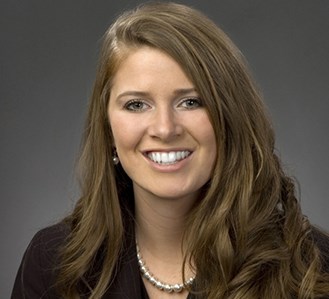 Christina Hagan is a native of Alliance, Ohio. A Business graduate of Malone University, Christina went on to serve four terms in the Ohio State House, where she was the state’s most vocal advocate for Ohio’s ‘Heartbeat bill.’ In 2016, she was named a Forbes 30 Under 30 for her legislative work on restoring Ohio’s reputation as a national economic leader by working to create a better business climate to sustain a robust private-sector job market. She was also asked to serve as an Ohio TV and radio surrogate on the successful presidential campaign of President Donald J. Trump, who carried her state by over 8% and her county by over 17%. After wrapping up a strong re-election campaign to the Ohio Statehouse, Hagan was asked to become an international delegate for the American Council of Young Political Leaders. As the next Congresswoman from Ohio’s 13th district, Hagan will focus on creating a better business climate, fixing our Nation’s broken healthcare system, securing our Nation’s borders, supporting a merit-based immigration system, and defending the lives of the unborn.

I am a young, energetic and competent leader who is dedicated to hard work, our values and fighting for Ohio's families. I have a record of accomplishment already in Stark County of the 5 county wide district and am committed to the entire region's economic success.

I hope to restore economic opportunity to our entire region. Fight for good-paying jobs by investing in our infrastructure, reducing taxes and unnecessary and burdensome regulations and incentivizing businesses to come here and restore jobs that have been previously driven out of the district by poor policies like NAFTA and TPP for our region's success.

Jobs and the economy. I would focus on engaging industry leaders from across all business sectors to better understand what has been the most direct limitation to their ability to invest in the region and grow jobs. I would then take this information and advocate as a policymaker to help turn the tide on what is killing job creating opportunities in OH13. I would also work to bring back incentives for investment and work to cut taxes and regulations in Washington.

The system falls short by enabling able-bodied adults of all walks of life from achieving their fullest potential. We have a system of government that incentivizes individuals to live lifestyles that are counterproductive to individual success. We need to work aggressively to create good-paying jobs for all people because the problems we face have less to do with our race and more to do with high rates of poverty that have been created by failed leadership of the district's past. I work shoulder to shoulder with ever constituent I serve ensuring that they have education, skills training, trades opportunities, and any service they may need to lift them into their fullest professional potential. I will also advocate for educational opportunities for every student regardless of zip code, income or background that they may have the best choice and options possible for a successful experience learning and growing in our district.

I am disrupting the status quo of politics by engaging in this very race where an entrenched Democrat incumbent has not been forced to answer tough questions throughout his entire 18-year career simply because he has had the privilege of representing a historically democrat leaning district. If I had the power right now, I would ensure the Delphi retirees were reinstated their pensions, taken from them by the reckless policy creating winners and losers under the Obama Administration. I would then work to ensure pensions were strong for all working-class Ohioans in our community.

I believe Governor Dewine has taken a cautious approach to a previously unknown virus and am supportive of the fact that this was a states rights issue. I would advocate for the government to give individuals and business owners as much information as possible about the virus, potential infection rates, fatalities, etc and then allow them to make the prudent decisions with that information at hand. Local is always best when it comes to how our health and economic well being can and should be cared for and to prosper. On the federal level I would advocate for restoring our medical needs related supply chains back home and to create a rainy day fund for PPE and other possible needs in the event that another pandemic ever occurred to support states and Americans as they navigate the previously unknown. I would also advocate for direct payments to workers in need of support because of government-induced joblessness and ensure that these stipends were exclusively addressing the problem at hand and not used for political purposes and pork spending.

Although I will not be serving in the state legislature, when I previously served in the state legislature and we dealt with massive budget deficits handed to us by our democrat counterparts we made 5% cuts across the board in order to not pick winners and losers during a difficult budgetary season. We also worked hard to govern in ways that created additional revenue by incentivizing state investments into things like tourism-related activities that had a 14 to 1 return on every state dollar invested to help with revenue shortfalls. We cannot afford for safety services to be cut as they are already operating on stringent budgets. Instead of making massive cuts across the board the government should work to make programs run more efficiently and services more effectively by cutting against waste, fraud and abuse. Government can always run leaner and it is in the midst of economic hardships that we govern best because we govern then within our means.

The most pressing matter is our generation's economic opportunity and future in this region. In order for young people to be able to stay here and reinvest in the region that raised them there will have to be a sharp change in leadership to reverse the heartbreaking trend of brain-drain from then region. I will work to invest in our infrastructure, restore our supply chains and advocate as a Representative for the best possible jobs environment where opportunity can be passed on from generation to generation allowing our families to grow strong and stay together in North East Ohio.

I am absolutely frustrated by the political theater that gets in the way of productivity for Americans. I have watched my opponent walk out of the state of the union, cuss at the President through Twitter and post videos of himself rapping that, "He is bored in the House". We need real leadership now more than ever. Civility in politics will help restore respect for not only the highest chamber of our governments but also for our neighbors for whom we may agree or disagree with. I believe government can function with decency and respect when those elected holding differing view and perspectives act in service hearted professionalism. Diversity of thought makes us stronger as Americans but only if we can hear each other and respect our differences.

My mother, she worked hard every single day raising four children, also foster children and running our small family business. My mother came from poverty yet she raised children to be successful public servants and contractors in the skilled trades. Her children have become firefighters, EMTs, Plumbers, Electricians, Legislators and most importantly have each made her a grandma of 11 grandchildren that she pours her love into nearly every day of the week. My mother has always taught me that I can do anything so long as I keep God front and center and that I can be a mother and still an immensely successful leader in whatever I choose to pour my life's work into. She inspires me for all of these reasons and more but I have always admired her work ethic in the trades beside my father and her unparalleled dedication to our family and our faith in God.

Trumbull County voter guide: What you need to know now
Sep 25, 2020 7:48 AM
Comments
We welcome your feedback and encourage you to share your thoughts. We ask that you be respectful of others and their points of view, refrain from personal attacks and stay on topic. To learn about our commenting policies and how we moderate, please read our Community Guidelines.