The bill would require nonprofits, organizations and corporations to file a disclosure that shows sources of all funds received and used for or against an issue or candidate on the ballot for any election in Ohio.
Sep 14, 2020 5:45 AM By: J.D. Davidson 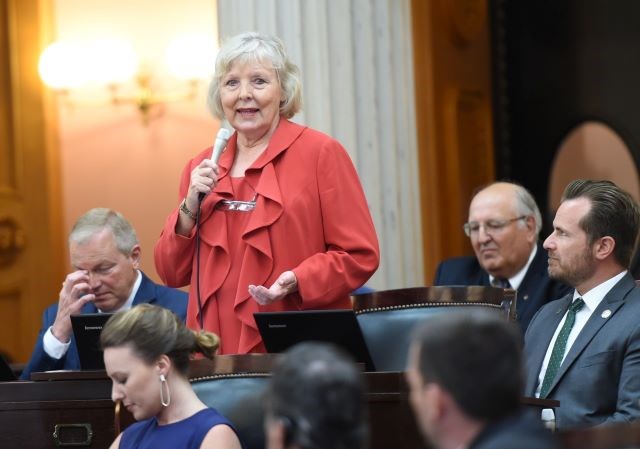 COLUMBUS — One Ohio lawmaker wants to shed more light on political contributions with proposed legislation that would force organizations to disclose funding sources for money used for certain political purposes.

State Rep. Diane Grendell, R-Chesterland, announced her plan to introduce what she’s calling the “Light of Day” bill, which she said would shine light on campaign funding and eliminate dark money.

“It is time to get rid of dark money influence in Ohio,” Grendell said in a news release. “My legislation focuses on removing dark money in Ohio’s politics and increasing our political donation transparency. Issues surrounding undisclosed funds for or against political candidates has remained an issue in our state for far too long. The present Ohio laws are outdated.”

Specifically, the bill would require nonprofits, organizations and corporations to file a disclosure that shows sources of all funds received and used for or against an issue or candidate on the ballot for any election in Ohio.

Grendall, who is seeking co-sponsors and plans to introduce the bill this week, introduced a resolution in the Ohio House last month that urged Congress to pass legislation that requires corporations and labor organizations that make political expenditures to disclose their donors.

League of Women Voters releases Trumbull voting guide
Sep 28, 2020 1:57 PM
Comments
We welcome your feedback and encourage you to share your thoughts. We ask that you be respectful of others and their points of view, refrain from personal attacks and stay on topic. To learn about our commenting policies and how we moderate, please read our Community Guidelines.