Voters can print their own absentee ballot request form online at voteohio.gov or call their local county board of election and have a request sent.
Apr 17, 2020 4:52 AM By: Public News Service 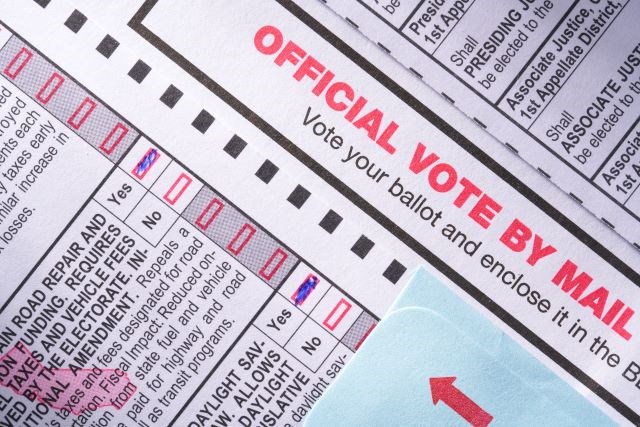 COLUMBUS — March 17 has passed, but Ohio's 2020 presidential primary is not over.

Because of concerns about the spread of COVID-19 and the closure of polling locations, Ohioans now can vote by mail until April 28.

Ohio Secretary of State Frank LaRose said the state already has a convenient absentee-voting system, which is routinely used by about 25 percent of voters. But he notes time is short to request a vote-by-mail ballot for the primary.

"Our postal carriers are out there working hard, and it takes time for the mail to get things to you," he said. "So the biggest mistake would be waiting to request your absentee ballot.

"It's time to act, and it's really simple. It only takes you a few minutes. Whether there's a pandemic or not, your voice really matters."

Voters can print their own absentee ballot request form online at voteohio.gov or call their local county board of election and have a request sent.

Ballots must be postmarked no later than April 27. People with disabilities and those who do not have a home mailing address may vote in person at their local board, but only on April 28.

Jason Smith, associate state director of advocacy for AARP Ohio, said the organization is working with the secretary of state to make sure all voters know how to participate in the primary. He said that outreach and education especially are important for older adults.

"People over 65 continue to show up at polls far more than any other age group and tend to have a strong preference for voting in person," he said. "And this new voting-by-mail process that we have for the primary is very new."

Smith said at AARP.org/oh there is key information about voting in the 2020 primary, and the organization is providing videos, timelines and other resources through both social and print media.

"We also are buying ad space in over 60 newspapers on Sunday, April 19, where folks can actually cut out their ballot request form and send it in to their board of elections if they don't have access to a printer to be able to print that request at home," he said.

LaRose said Ohio has been a leader in election security and that ballots that already have been cast in the primary are safe at local boards of elections behind double lock and key.

"There's a secure room where there's two locks on the door," he said. "The Democratic Party has one key and the Republican Party has another key, and that's one of those ways that we all keep each other honest and make sure that there's bipartisan supervision of the entire process."