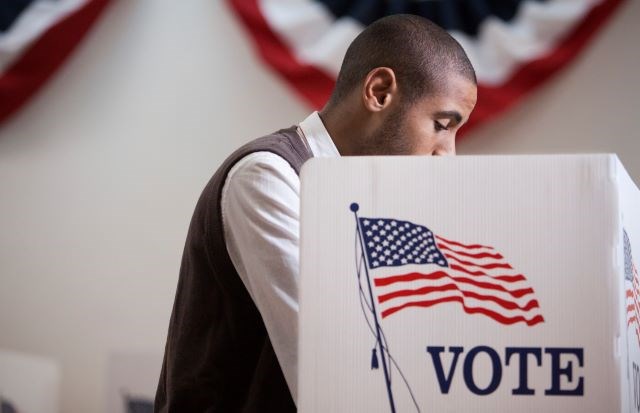 COLUMBUS — An important deadline for the 2020 election is here. Today (Feb. 18) is the final day to register for Ohio's March 17 primary election, when voters will narrow the field of candidates on the November ballot for the presidential race, as well as the state's 16 congressional seats.

Ohio Secretary of State Frank LaRose is encouraging all voters to ensure their registration information is current.

He explained that state law requires the secretary of state to direct local boards of elections to cancel voter registrations that have gone six years without activity, or if a voter has not responded to registration confirmation request sent by mail.

"Those are things that we're required to do, but I'm working to modernize that process, because the current process is rather antiquated," LaRose said. "We can do a lot better in the year 2020 when it comes to maintaining accurate data. But the right to vote also includes the responsibility of keeping your registration information up to date."

About 460,000 voters' names were purged from the Ohio rolls in 2019, primarily due to inactivity.

Voters can register to vote or update a registration address online at voteohio.gov, or in person at a local board of elections.

One interesting aspect of the March primary, LaRose said, is that certain 17-year-olds can participate.

"If you are a 17-year-old and interested in making your voice heard in the March primary, you can do so as long as you'll be 18 by the November general election," he said. "So it's kind of a neat thing for 17-year-olds to say that, 'I voted legally in Ohio.' And we encourage them to make sure that they're taking advantage of that."

The secretary of state said election officials are working on significant security improvements to ward off possible cyberattacks. He said nearly every Ohio county has met the requirements of a security directive, which includes a checklist of 24 requirements for compliance.

"This is being noticed around the country as, really, the example for other states to follow," LaRose said. "The cybersecurity checklist has been a lot of work for our county boards of elections, but it's important and certainly well worth it."

Ohio is enhancing election security through the use of nearly $13 million in federal Help America Vote Act funds, and is the only state making grants available directly to local election officials to improve security.