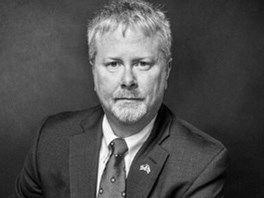 Currently representing the Ohioans of the 32nd State Senate District, Senator Sean O'Brien is proud to serve the residents of Ashtabula, Trumbull & Geauga counties. Sean has been instrumental in recruiting companies and good-paying jobs to the 32nd Senate district including Lordstown Motors, LG Chem, TJX, and Petmin Corporation. All told, over 4,000 jobs will be created right here in the Voltage Valley. Sean's career has been focused on helping to improve the quality of life for those for the residents of his district. Prior to serving as State Senator, he was the State Representative for the 63rd House District. Sean also spent twelve years as a prosecutor for Trumbull County. As a Trumbull County prosecutor, Sean was the Chief Criminal Prosecutor for the Eastern and Central District Courts, a member of the Domestic Violence and O.V.I. Task Forces, and prosecuted over 100 domestic violence cases. Also a community leader and activist, Sean founded the Trumbull County Community Foundation which has donated over $50,000 to local charities in its first year and has served as its past president. The efforts of this foundation have raised thousands of dollars for seniors, children, and those in need, as well as funding for economic development. Senator Sean O'Brien uses his free time to serve as a community leader on the boards of Someplace Safe, which works to combat domestic violence in Trumbull County and the surrounding areas; Inspiring Minds, an organization which provides young people with “the opportunities and motivation to overcome the obstacles that stand between them and personal success”; as well as the Youngstown Air Base Council. Additionally, he has proven himself to be a strong advocate for children through his work as guardian ad litem for the children of Trumbull County and has also been a lecturer for Someplace Safe, local police departments, teen intervention programs, and the Ohio State Patrol. Senator O’Brien holds a bachelor’s degree from the Edinboro University of Pennsylvania and a J.D. from the University of Akron. He and his wife, Maria, live in Bazetta Township and have two daughters.

My background as a small business owner, a prosecutor, a state representative, and now a state senator has given me the experience to understand how best to secure resources for my district. For example, the recruitment of companies like Lordstown Motors, TJX, LG Chem, Petmin Chemicals. Over 4,000 new jobs in the 32nd Senate District.

Complete the transition to becoming the Voltage Valley with the opening of Lordstown Motors, scheduled for the 3rd quarter of next year. This will create thousands of good-paying jobs. And the batteries that these electric vehicles run on will be produced down the road at LG Chem. The secondary jobs that can be created to support this supply chain will be in the tens of thousands. A massive boost to our economy.

The biggest issue facing my next term will be continuing to grow our new economy while combating the threat of Covid-19. We will meet this challenge head-on by working with state and local governments to act quickly. We will beat this thing, but we are in this together.

I have been a huge advocate for treating and rehabilitating non-violent drug offenders as opposed to incarcerating them. People with addictions should have access to treatment, not be forced to do time. This will help our society and save taxpayers billions of dollars in the process.

I am proud to have been voted “Most Bipartisan Member” by a survey of my peers. I have always focused on working across the aisle to get things done. Senator Michael Rulli and I work together on several issues including the recruitment of the Endurance to Lordstown Motors, and are also close friends. Republicans and Democrats can be friends and work together. We are living proof.

I believe Ohio’s response has been much better than other states and give Governor DeWine and Dr. Acton credit for making the tough decisions early. We are all in this together. We need to continue to listen to what the science says, and if there are outbreaks locally, address them head-on without making it political. A vaccine is coming, but we must get through this winter by being smart.

My office is working closely with Governor DeWine and monitoring receipts and revenues during the pandemic. When looking at the next budget next year, we will prioritize which programs are most important to the most Ohioans and have to make some tough decisions. However, we must make local government funding a priority and stay in constant contact with commissioners, mayors, city council members, school board members, etc to make sure we are getting them the resources they need to get through this tough time. Local government cuts over the last decade, along with the impact of Covid-19, have severely limited resources.

My office is working closely with Governor DeWine and monitoring receipts and revenues during the pandemic. When looking at the next budget next year, we will prioritize which programs are most important to the most Ohioans and have to make some tough decisions. However, we must make local government funding a priority and stay in constant contact with commissioners, mayors, city council members, school board members, etc to make sure we are getting them the resources they need to get through this tough time. Local government cuts over the last decade, along with the impact of Covid-19, have severely limited resources.

Yes, however, I would say that the political sniping is more intense at the federal level than in state government. Some of my closest colleagues in the Senate are the Republican Senate President Larry Obhof and Republican State Senator Michael Rulli. I believe reasoned compromise is still being accomplished, and I have personally worked hard to make sure I do everything to make the situation better. That is why I was so proud to be voted “most bipartisan legislator” by my peers.

My father Jim. He taught me to work hard, to do the best I can, and to believe I can do anything. He is the truest example of the American dream. He was born one of 11 children and was extremely poor. But by working hard his whole life he overcame many obstacles and became a lawyer and a great father. He is proof that if you work hard you can accomplish anything!