5 things to do in the Valley this weekend

Youngstown native Lawrence Brownlee and the Youngstown Symphony Orchestra will present a program of arias; we have plays about plays; and a retired NHL star will be a guest at the Phantoms game.
0
Mar 6, 2020 5:45 AM By: Tom Williams 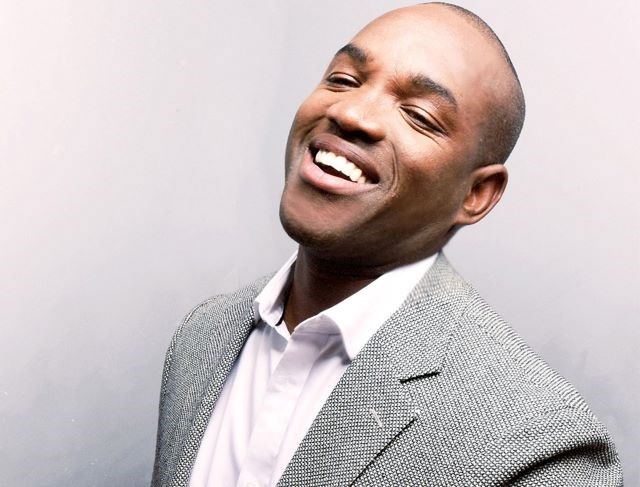 It's the first full weekend in March, so here we go!

The Youngstown Symphony Orchestra, led by Randall Craig Fleischer, will present a program of arias, spirituals and songbook standards in “Spiritual Journey” at 8 p.m.

Brownlee is an acclaimed tenor associated with the bel canto repertoire. Speight Jenkins, general director of the Seattle Opera, said of Brownlee: “There are other singers that sing this repertory very well, but I don’t think anyone else has quite as beautiful a sound and as rounded a tone.”

Brownlee, whose first singing job was belting out pop tunes at Cedar Point, is a graduate of Anderson University (undergraduate) and Indiana University (graduate). A Pittsburgh Steelers fan, Brownlee sang the national anthem before a Browns-Steelers game at Heinz Field in 2015.

Among the honors he has received are the Richard Tucker Award and Marian Anderson Award (both in 2006). His recordings include “Spiritual Sketches” and “The Heart That Flutters.”

Saturday’s concert will feature the voices of Singers Together, Simple Gifts Choir and the Youngstown Connection. Excerpts of speeches by Dr. Martin Luther King Jr. will be heard.

Two Youngstown stages have plays on tap, both about creating plays.

The play is about a successful Broadway playwright struggling to come up with a new hit. When he reads a script by one of his students, he schemes to change his fortunes.

Over at the Youngstown Playhouse, 600 Playhouse Lane, the comedy drama “Venus in Fur” will be staged for two weekends. This offering also features a struggling playwright, this one seeking an actress to play the lead in a sadomasochistic tale. He may have met his match when a vulgar, desperate actress auditions.

The event is free, but donations will be accepted for an endowment.

Finally for sports fans, the Youngstown Phantoms are back in town for two games against the Cedar Rapids RoughRiders at the Covelli Centre.

Twenty years ago this May, Primeau ended the Pittsburgh Penguins’ longest game in history. On May 5, 2000, Primeau scored the winning goal in the fifth overtime of the Philadelphia Flyers-Pens game at Mellon Arena. (The game began on the evening of May 4 and ended at 2:37 a.m.)

The Flyers, which included NBC analysts Brian Boucher and Keith Jones, tied the series with the win then went on to capture the Stanley Cup Playoff series in six games.

Primeau’s later struggles with concussions are documented in Ken Dryden’s 2017 book “Game Change: The Life and Death of Steve Montador, and the Future of Hockey.”

The Phantoms and RoughRiders also will face off at 7 p.m. Saturday.

Newsboys United concert at Stambaugh Auditorium canceled
Mar 12, 2020 4:00 PM
Comments
We welcome your feedback and encourage you to share your thoughts on this story. We ask that you be respectful of others and their points of view, refrain from personal attacks and stay on topic. To learn about our commenting policies and how we moderate, please read our Community Guidelines.