Options are limited, but here are 5 things to do this weekend

Events around the Valley have been canceled after Gov. Mike DeWine announced a ban on gatherings of more than 100.
Mar 13, 2020 2:10 PM By: Tom Williams 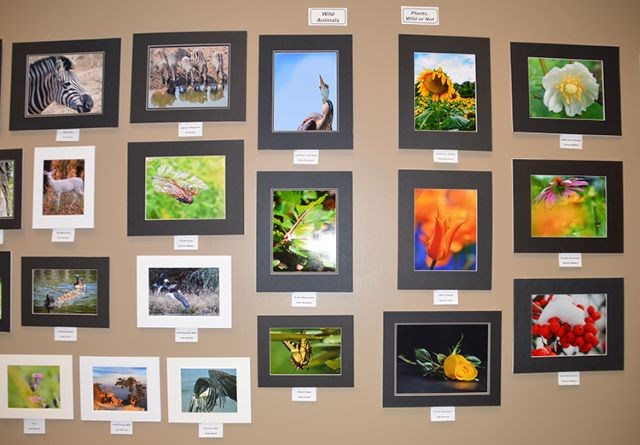 The annual Nature Photography Exhibit in the Weller Gallery in the D.D. and Velma Davis Education & Visitor Center at Mill Creek MetroParks’ Fellows Riverside Gardens will be on display through April 12. (Contributed photo)

UPDATE: Mill Creek MetroParks has closed several indoor public facilities through at least April 5, including the D.D. & Velma Davis Education and Visitors Center, where the Nature Photography Exhibit is displayed. Also, the Pittsburgh Cultural Trust is shutting down all planned shows through April 6​​​​​​​.

Until Thursday afternoon, that was still a good question.

Then Ohio Gov. Mike DeWine announced a ban on gatherings of more than 100. That changed everything for Ohioans.

Sunday’s St. Patrick’s Day Parade in Boardman has been canceled.

Thursday morning, the Covelli Centre still had plans for two Phantoms games and a WWE event this weekend. Then the USHL suspended its season and DeWine issued his moratorium.

The Phantoms are offering ticket exchanges for any games that get played in April or next season. Check TicketMaster or the Covelli box office for information about WWE refunds or exchanges.

Good luck finding anything major happening locally for several weeks as the country braces for the full impact of the coronavirus pandemic. It’s a good time to stay home and see what’s on Netflix.

Obviously, anyone not feeling well no matter their age should avoid going out. But for those aching to do something, a few options exist, mostly to the east.

Pennsylvania has not been as proactive as Ohio in limiting crowds. So several shows are still going on in Pittsburgh.

The Pittsburgh Broadway Series is presenting “The Band’s Visit” Friday through Sunday at the Benedum Center.

The show won the 2019 Tony Award for Best Musical and is making its debut in the River City. It chronicles what happens when eight Egyptian musicians arrive in the wrong town in Israel and cultures mix.

To be fair, senior citizens usually make up the largest demographic at touring stage shows, and this was true at Tuesday’s opening performance, at least in the seats near the front of the stage. Prices range from $33 to $109.

‘The Sound of Music’

Also in Pittsburgh’s Cultural District, the play “American Son” is being staged at the O'Reilly Theater.

There is one local theater option. The Selah Restaurant in Struthers is going ahead with its Dessert Theater production of “Sylvia.” The play is about a married couple pondering midlife changes and what happens when the husband acquires a dog, Sylvia (played by an actor).

For nature lovers in Youngstown, Fellows Riverside Gardens on McKinley Avenue is offering its annual Nature Photography Exhibit in the Weller Gallery.

Fair warning: These were all going on as of last night. Be sure to call ahead to keep abreast of any last-minute changes.