The movie and organ accompaniment will be livestreamed so more can enjoy the performance.
Sep 15, 2020 4:45 AM By: Mahoning Matters staff 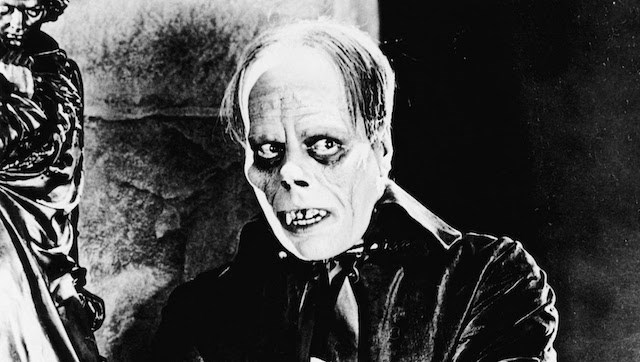 Stambaugh Auditorium will screen the 1925 horror film "The Phantom of the Opera" starring Lon Chaney in a hybrid performance. (Contributed photo)

YOUNGSTOWN — Stambaugh Auditorium will present the 1925 silent film "The Phantom of the Opera" with organ accompaniment on Oct. 25 at 4 p.m., this year in a hybrid format.

The auditorium's annual screening typically fills the Concert Hall with more than 1,500 guests. Because of the coronavirus pandemic, however, the performance will be different for the safety of the patrons and staff.

This event will feature a small audience, but also will be livestreamed for those unable to get tickets or who prefer to watch elsewhere.

The film, adapted from Gaston Leroux’s 1910 novel "The Phantom of the Opera," was originally released in 1925 as a silent horror film. The novel also is the inspiration for Andrew Lloyd Webber's 1988 musical that was still running in New York City until the pandemic closed Broadway theaters in March.

The story follows the disfigured Phantom, played by Lon Chaney as he causes havoc throughout the Paris Opera House. The destruction and bloodshed are all in the name of love as The Phantom tries to win the heart of a young opera singer by making her a star.

Accompaniment to the film will be provided by organist Peter Richard Conte on Stambaugh Auditorium’s 1926 E.M. Skinner pipe organ.

This will be Conte’s fifth visit to Stambaugh Auditorium to perform on the historic instrument in the Concert Hall. He is highly-regarded as a skilled performer and arranger.

He is the principal organist of Longwood Gardens, Kennett Square, Pa., and organist/choirmaster of St. Clement’s Church, Philadelphia.

To regulate social distancing, a limited number of tickets for the live in-person aspect of the performance will go on sale on Sept. 21 at 10 a.m. Tickets cost $10 and include a bottle of water and a bag of fresh popcorn.

The livestreamed portion of the event will be free to view on-line, additional details regarding the livestream will be provided at a later date.

For ticket sales for the in-person performance, call 330-259-0555 or go to stambaughauditorium.com.