Butler Director Lou Zona will conduct a video interview with the photographer, which will be posted to the museum’s YouTube channel later this month.
Sep 13, 2020 7:29 AM By: Mahoning Matters staff 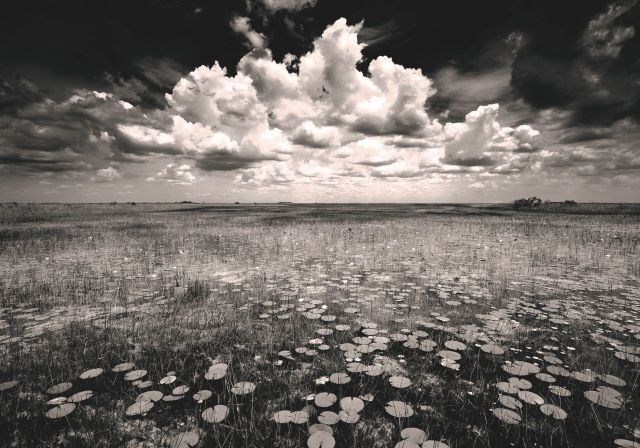 “Conservation #5” by Clyde Butcher. (Image courtesy of The Butler Institute of American Art)

“America’s Everglades: Through the Lens of Clyde Butcher” will open to the public Sunday and will be on view through Nov. 22.

The traveling exhibition showcases a body of work that represents a quarter of a century of Butcher's photographic expeditions into America’s Everglades.

Through 35 black and white photographs presented in “Everglades,” the viewer is shown a mysterious place rarely seen by humans. Butcher’s goal for the exhibition is to evoke a love for the endangered national treasure and awaken viewers to preserve and protect all the country’s natural places for future generations, a news release states.

Visitors will be able to see a large format camera and watch a five minute video on Butcher and the Everglades. Butler Director Lou Zona will conduct a video interview with Butcher, which will be posted to The Butler’s YouTube channel later this month.