Levensky Smith, a 49-year-old Youngstown native, was part of the original Broadway cast of the Tony Award-winning musical to produce a now-viral video of dancing to “He Lives in You."
Jun 10, 2020 5:31 AM By: Alyssa Weston 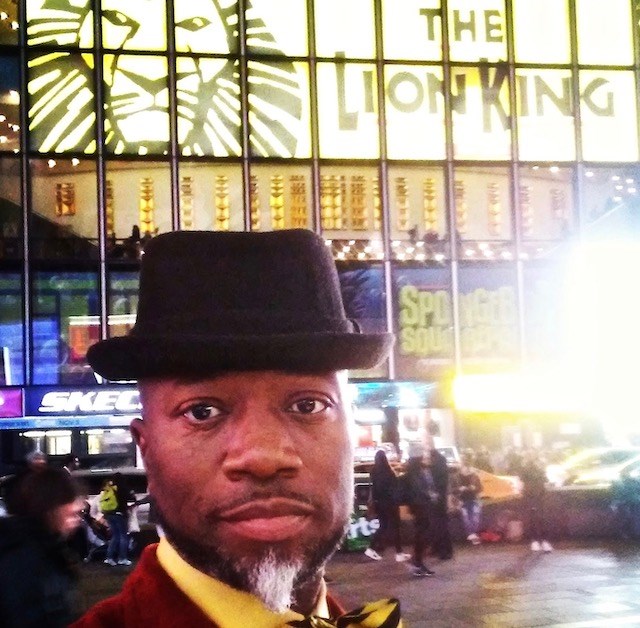 YOUNGSTOWN — Stay-at-home orders and state-mandated shutdowns have put a halt in live theatrical performances during the COVID-19 pandemic, but performers are finding creative ways to bring live theater to audiences virtually.

The original Broadway cast of the Tony Award-winning musical, “The Lion King,” collaborated to produce a now-viral video of them dancing to “He Lives in You,” published on playbill.com and on YouTube.

Among the cast members is 49-year-old Youngstown native Levensky Smith, who was an ensemble dancer in the original Broadway cast from 1997 to 1998.

Smith, who can be seen wearing a blue tank top in the video, said he hadn’t danced to the song since leaving the production 22 years ago and described the video as “powerful in ways he couldn’t imagine” before the COVID-19 era.

“It is an opportunity for [people] to just relax and save their money. They can just click the mouse and get to see [a performance from] one of the greatest shows that ever existed on Broadway with a handful of the original cast members,” he said.

Smith grew up on the East Side of Youngstown and was first exposed to dance and gymnastics by his sister, Lucinda Jenkins.

“My sister pretty much infused me with who she was and she was in love with everything beautiful and artistic,” he said. “She is literally responsible for who I am today.”

During his adolescence, Smith began to connect with local dance troupes and eventually, he and a handful of other local boys started a group called Mysterious Movements that would perform at local talent shows.

After graduating at East High School, he said he needed to get out of the Mahoning Valley and the dysfunctional environment he’d grown to know.

“I had a damaged soul in a way, but I had this fire. I could dance, I could sing, I could do gymnastics and all these different things. I said ‘I have to do something and make something out of my life, because this is just not it,’” Smith said.

That’s when he enrolled at Otterbein University in Westerville Ohio where he took his first professional dance class.

Shortly after Smith was contracted to dance for Norwegian Cruise Line in the Caribbean, where he said he “caught the travel bug.”

“Here I am from the East Side of Youngstown, you know, growing up in poverty and uncertainty and not knowing what's gonna happen, my mind was blown,” he said.

After his tenure at Norwegian Cruise Line, Smith spent a few years of professional dance training in Chicago before moving to New York City on June 15 1994. He made his official Broadway debut by that August as a dancer in “Cats.”

Smith then performed in the musical “Fame,” in Germany, just before “The Lion King” in 1997. He then joined “Fame” again in Australia in 2000 alongside "Don't Leave Me This Way" singer Thelma Houston.

Today, “The Lion King” is known as one of the longest-running Broadway shows, winning six Tony Awards including Best Musical. But before its first production, Smith wasn’t receptive to a role in the musical.

An injury during “Cats” initially discouraged Smith from wanting to perform on Broadway again as he worked toward gaining a contract as a dancer in Hollywood. During this time, he was also being considered for the television series, “Fame L.A.” Still, he was pursued to return to Broadway in “The Lion King.”

“It took nine people, including the casting director, before I opened my eyes and said, ‘You know what? Something's leading me to the show,’ I had to go and audition,” he added.

After The Lion King, Smith went on to do various notable performances, including the lead performer for the Africa float in the Sydney 2000 Olympics, the Aida tour, the Black Nativity feature film and various performances in international art festivals such as the Middle East International Film Festival in Abu Dhabi.

In 2014, Smith stepped back from the New York City dance scene to briefly move back to Youngstown, he ultimately ended up back in New York City working at the Harlem School of the Arts with Otis Sallid.

Although Smith said he isn’t officially closing the book on his career in dance, he moved back to Youngstown in 2017 to prioritize taking care of his mother Mary L. Smith.

“I realized that I meant to be here at this time, specifically to take care of the woman who has always supported me from the time I was in my first solo — my mother,” he said.“[I’m] making sure that she knows she's loved and knows she's appreciated.”

When Smith’s dance partner in “The Lion King,” Christine Yasunaga, approached him about filming the “He Lives in You” video, Smith said he originally declined.

“I didn't want to do it because my time is limited and we're on stay-at-home order,” he said.

With some encouragement from Yasunaga and friend Derek McQueen, who secured studio space at Coy Cornelius Studios, he decided to film the video.

Smith said he hopes everyone who watches the video feels joy, hope, encouragement, upliftment and peace during the uncertainty surrounding the COVID-19 pandemic.

“[The Lion King is] a part of my legacy. And I'm grateful that everybody around the world is getting the opportunity to see [it] in that way and to see me perform it 20 years later,” he added.