“It’s a dream come true to be able to bring this show home and perform it where all the stories take place,” the playwright said.
0
Mar 10, 2020 4:26 AM By: Mahoning Matters staff 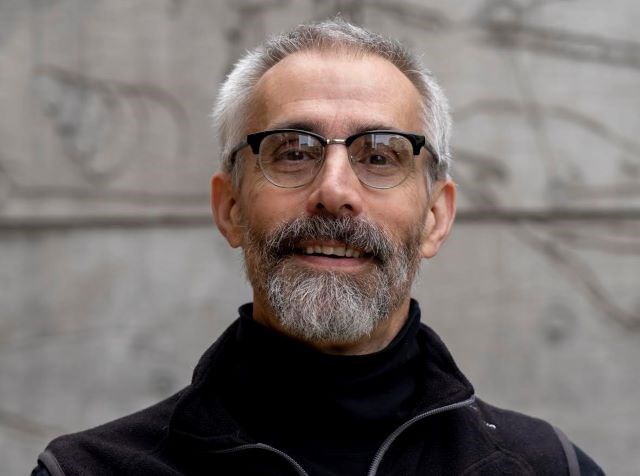 YOUNGSTOWN — Youngstown State University’s Department of Communication, in collaboration with the Department of Theatre and Dance, will present “From the River of Ghosts,” written and performed by Youngstown native Roger Gregg, at 7 p.m. March 20 and 2 p.m. March 21 in Bliss Hall’s Spotlight Theater.

“‘From the River of Ghosts’ is a love letter I was compelled to write,” Gregg said in a news release. “After my sister and I went through a box full of my grandmother’s letters written well over 60 years ago, I felt called to acknowledge the huge debt owed to those who shaped me and set me on my way.”

In this production spanning several generations, Gregg blends storytelling, poetry, music and song to create a journey through the Mahoning Valley. Gregg narrates these accounts of tragedy and triumph as he performs before a backdrop of slides of old photographs and home movies.

Over the course of an hour, Gregg traces his family’s arrival in America in the 1860s, through the region’s great steel boom, the violence of the Steel Valley Klan riots of 1923, his grandfather’s canoeing of the Mahoning River down to Beaver and on to the Mississippi. The evening ends with his own St. Dominic elementary school ordeal and his first attempt at theater.

Now in his 60s, Gregg has been living in Ireland for more than 40 years where he works as a playwright, composer and actor. After spending the 1960s in Youngstown, Gregg graduated from the University of Detroit in 1980 and moved to Ireland for more studies that same year.

Gregg’s plays have been produced not only in Ireland, but also in Germany, Australia, Canada and several times in the United States. A voice actor, Gregg has played many roles in various animation and BBC radio series, including Eddie the Computer in the “Hitchhiker’s Guide To The Galaxy” sequels on BBC Radio 4. He is currently Glarg in the cartoon series “Space Chickens in Space,” broadcast on Disney XD.

“It’s a dream come true to be able to bring this show home and perform it where all the stories take place. It created quite a stir in Ireland, so it will be fantastic to see how it’s received on home ground,” Gregg said.

Parking is available in the M30 Wick Avenue parking deck for a nominal fee. For more information, call the Office of Community Engagement and Events at 330-941-2307.

Newsboys United concert at Stambaugh Auditorium canceled
Mar 12, 2020 4:00 PM
Comments
We welcome your feedback and encourage you to share your thoughts on this story. We ask that you be respectful of others and their points of view, refrain from personal attacks and stay on topic. To learn about our commenting policies and how we moderate, please read our Community Guidelines.