“If anyone thinks they can get away with something like that, they have another thing coming. We don’t tolerate that in Ohio,” Secretary of State Frank LaRose said.
Oct 28, 2020 2:40 PM By: J.D. Davidson 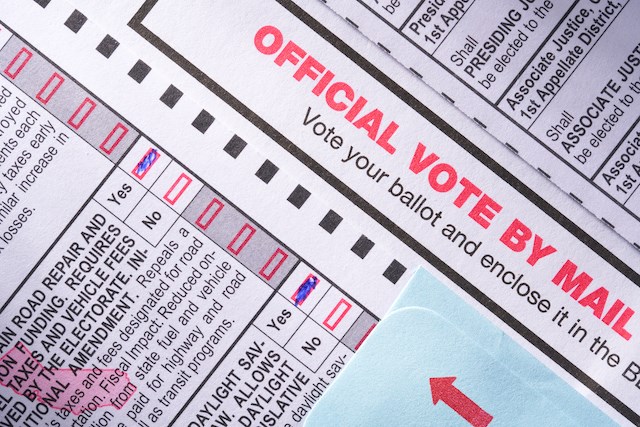 CLEVELAND — A California man and a Virginia man face more than 18 years in jail after a Tuesday indictment from a Cleveland grand jury on charges related to voter intimidation.

Cuyahoga County Prosecutor Michael C. O’Malley said charges against John Burkman, 54, of Virginia, and Jacob Wohl, 22, of California, come after a robocall scam that he said attempted to suppress voting in minority neighborhoods.

Each were indicted on eight counts of telecommunications fraud and seven counts of bribery. Arrest warrants were issued for each.

The two, O’Malley said in a news release, intimidated voters to refrain from voting by mail.

“The right to vote is the most fundamental component of our nation’s democracy. These individuals clearly infringed upon that right in a blatant attempt to suppress votes and undermine the integrity of this election. These actions will not be tolerated. Anyone who interferes with others’ right to vote must be held accountable,” O’Malley said. “I commend Attorney General Dave Yost and his staff for their diligent work on this investigation. We urge all citizens to get out and vote. Do not let these individuals or others like them succeed. Exercise your right and get out and vote.”

According to the news release, Burkman and Wohl used a voice broadcasting service provider to place more than 67,000 calls across multiple states in the Midwest. More than 8,000 of those calls were made to phone numbers in Cleveland and East Cleveland, and more than 3,400 were either answered in person or by voicemail.

The pre-recorded message, according to O’Malley, falsely warned people that if they voted by mail their information could be used by law enforcement, collection agencies and the Centers for Disease Control and Prevention to pursue old warrants, collect debts and track people for mandatory vaccines.

“Our office played a role to make sure these people faced justice,” LaRose said. “If anyone thinks they can get away with something like that, they have another thing coming. We don’t tolerate that in Ohio."