Beech-Nut claims the rice flour used in the sample had been tested as being below the FDA’s guidance level.
Jun 11, 2021 10:28 AM By: David J. Neal | McClatchy 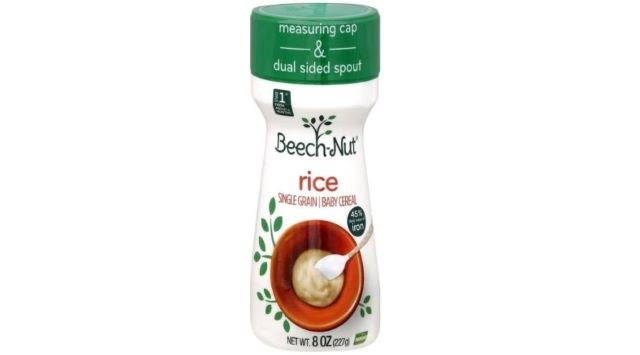 Beech-Nut is recalling one lot of Stage 1, Single Grain Rice Cereal for babies.

So Beech-Nut is leaving the market because the company is “concerned about the ability to consistently obtain rice flour well-below the FDA guidance level and Beech-Nut specifications for naturally occurring inorganic arsenic.”

The recalled lot carries UPC No. 52200034705, an expiration date of 01MAY2022 and product codes Nos. 103470XXXX and 093470XXXX. Either toss the product or return it to the place of purchase for a full refund. The Beech-Nut website contains a place to sign up for replacement cereal.