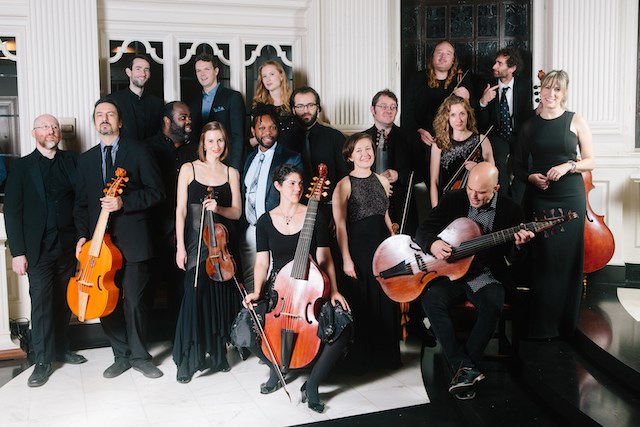 The CD is the 10th released by ACRONYM.

Titled "Cantica Obsoleta," the music is from the Düben Collection, which consists of approximately 2,300 music manuscripts, assembled by and named after a family of composers who served in succession as Kapellmeister (“chapel master” or director of music) to the Royal Swedish Court in Stockholm.

“For this recording, we searched this treasure trove of seventeenth-century music for the most beautiful and fascinating works available," Cahn-Lipman, a Dana School of Music faculty member, said in a news release. "It is likely the first time any of these ‘forgotten songs’ have been heard in hundreds of years.”

ACRONYM has been hailed as an “outstanding young early-music string ensemble” by The New Yorker and is dedicated to giving modern premieres of the wild instrumental music of the seventeenth century.

The group last performed at YSU in 2018.

"ACRONYM loved visiting YSU and working with Dana School of Music students," Cahn-Lipman said. "The ensemble hopes to come back soon, and in the meantime, I'm so excited to share our latest work with the community."

The group updates its named acronym for each project, hence for the new CD, ACRONYM refers to Archive Crawlers; Researchers Of Niche Yellowed Manuscripts.

This disc comprises the first recording of 12 compositions from the collection, all of which Cahn-Lipman rediscovered and typed up from manuscript.

Much of the music within the collection is unique, with most selections neither published in modern edition nor recorded, according to a news release. ACRONYM previously scoured the Düben Collection for sonatas that are on the ensemble's Paradise (Bertali) and Wunderkammer CDs.

The CD is available to purchase at acronymensemble.com.