"I think it's so early in this to tell what this data actually means," the health chief said as Mahoning County's cases and death rate were addressed at the daily coronavirus update.
Apr 3, 2020 3:58 PM By: Justin Dennis 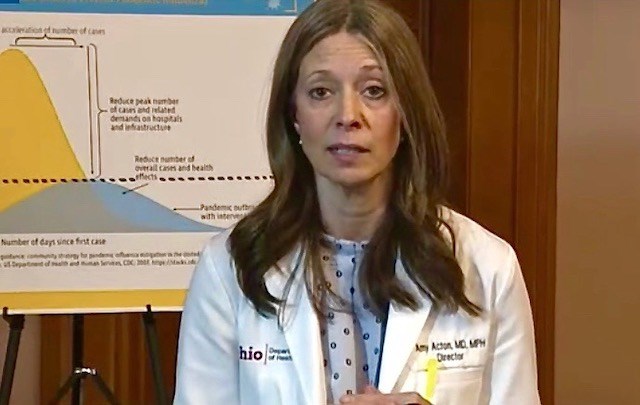 COLUMBUS — Laura Hancock, reporter for Cleveland.com, asked Ohio Department of Health Director Dr. Amy Acton about demographics of those who've contracted or died from the virus, and whether they can be further broken down by ZIP code, as other metropolitan areas have done.

She cited Mahoning County as one of the hardest-hit counties, which had the highest per capita rate of confirmed cases and deaths in the state based on figures released Tuesday.

"We don't know if it's in the Youngstown city limits or somewhere else. We're being asked to collectively make sacrifices to our freedoms, movement and commerce so transparency would make the situation more real," Hancock said, asking if local health departments would receive more guidance on releasing more specific information to their communities.

"I think it's so early in this to tell what this data actually means. It's going to be layers and layers of science to help elucidate that," she said, promising to further release statistics that don't "jeopardize very private healthcare information.

"We're sharing far more data than I've ever had access to," Acton said.