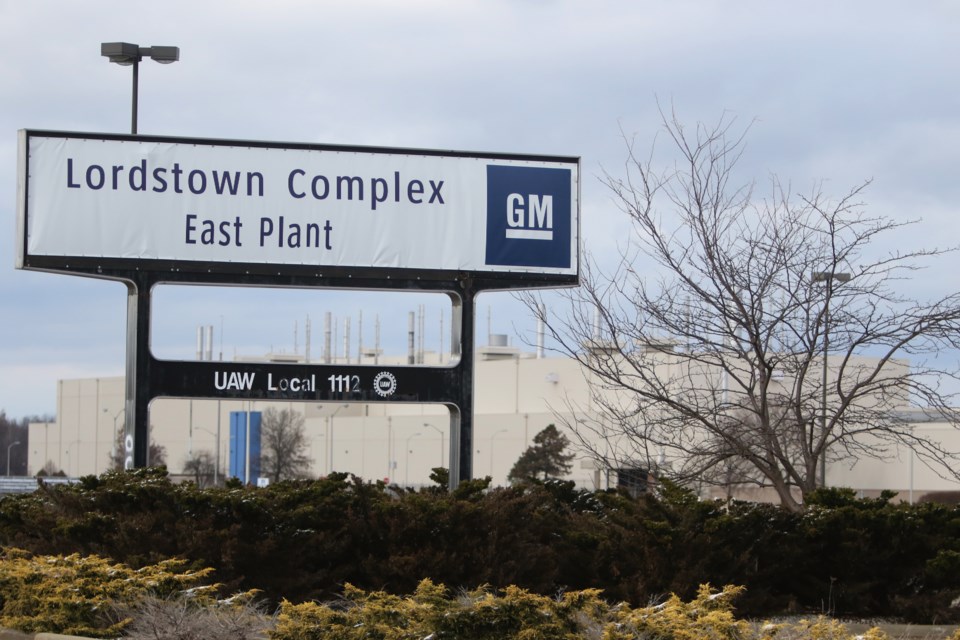 The former sign outside the General Motors Lordstown Assembly Complex is shown here on Dec. 5, 2019. The site is now the headquarters of Lordstown Motors Corp. (Robert K. Yosay)

In a brief to the Ohio Tax Credit Authority, Ohio Attorney General Dave Yost said General Motors must repay $60 million in tax credits to the state.

In a 2019 study, the Center for Economic Development at Cleveland State University estimated the plant's closure resulted in the loss of 8,000 jobs and $8 billion in regional economic activity.

Yost's brief is the latest step in the state's attempt to recoup the cash. It started with a letter to the company in March, according to a ProPublica/Business Journal report.

“Accountability is the key to good business and we’re holding GM accountable for not living up to its end of the contract,” Yost said in a statement. “We demand the money that is rightfully owed to Ohio – no more, no less.”

Last week, during a visit to the Lordstown Motors Corp., Gov. Mike DeWine was less emphatic about the payback.

“We don’t necessarily have to get that cash back,” said DeWine, responding Wednesday to reporters’ questions on the clawback proceedings. “What we do want to see [are] things that promote jobs in Ohio.”

DeWine suggested the state’s ongoing conversations with the automaker aren’t adversarial and affirmed the state is not “actively pursuing a clawback.” Lt. Gov. Jon Husted noted GM has other “major” investments in Dayton and Toledo.

"What we’re doing is having a very constructive discussion about how we can turn that into things that are helpful to them but also, most importantly, for us in the State of Ohio,” DeWine said. “Our focus every day has to be on jobs.”

But in his release Tuesday, Yost urged the Tax Credit Authority to demand repayment in full.

“Promises were meant to be kept, it’s what we were taught as children and it’s something adults and companies should honor,” Yost said.