Another battery cell-maker plans to take root in the Mahoning Valley. Energy developers say the field holds promise for the future.
Dec 12, 2019 4:55 AM By: Justin Dennis 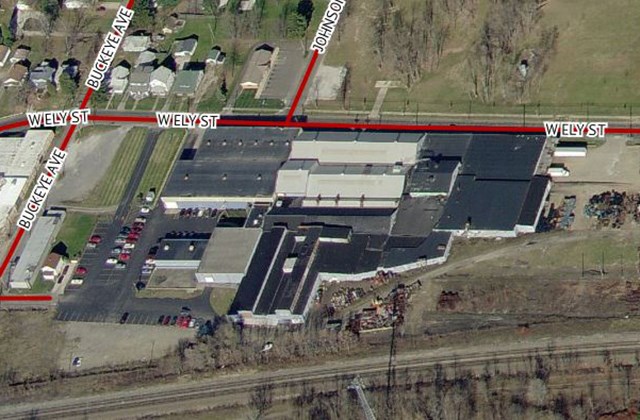 Special Power Sources LLC announced in late October it acquired solid oxide fuel cell-maker Atrex Energy of Walpole, Mass. and is locating its assets to an industrial facility along West Ely Street, on the city’s Stark County side.

The purchase included rights to Atrex’s Hybrid Energy Storage Module, noted as “a key technology to modernized power storage,” according to the October release from Special Power Sources.

That recent growth aligns with a “roadmap” for energy storage development in the region detailed in a Cleveland State University study published in October.

Roland Dixon, Special Power Sources president, said with the purchase of Atrex, the company is positioned to lead the solid oxide fuel cell industry in research and development for the U.S. departments of Defense and Energy, “as well as commercially leading to reliable, remote continuous power running on renewable fuels … serving the oil and gas, telecom, transportation and mining industries.”

Though Lordstown Motors Corp. CEO Steve Burns has said the electric vehicle startup company — now located in the former General Motors Lordstown Assembly Complex — has  already picked a yet-to-be-announced provider for the battery cells which will power its Endurance line of electric fleet pickups, it’s not Atrex, he confirmed with Mahoning Matters Wednesday.

The location of GM’s proposed battery cell plant — part of a $2.3-billion joint venture with LG Chem of South Korea — has not yet been determined, though a recent EPA filing indicates the automaker may be considering several different vacant properties centered around Lordstown, including a nearly 320-acre plot just across Ellsworth Bailey Road from the Lordstown Motors facility.

GM is also able to lease 400,000 square feet of facility space or 500,000 square feet of the total property, according to Trumbull County Recorder’s office filings relating to the $20 million sale of the property to Lordstown Motors — but GM must decide by April, Burns said.

“I have a feeling they’re looking at various places to put that plant and we could be one of them,” he said. “We’re just happy it’s in Lordstown. We’re trying to build an electrification hub here.”

Filings also indicate GM has the option to repurchase the property from Lordstown Motors until the end of May.

Burns said an ongoing re-fit of the about 6-million square-foot facility is moving along as planned, and contractors’ quotes are lining up with their expectations.

“No surprises yet, which is great,” he said.

Special Power Sources will collaborate with Advanced TechWorks of Ohio, a research and development firm specializing in the cells, the core members of which came from LG Fuel Cell Systems, which closed down Ohio operations exactly one year ago Wednesday, according to the Plain Dealer.

The facility was built up in 1966 and is classified for industrial manufacturing use, records show.

Stockburger said with Lordstown Motors, the GM battery cell plant and other energy projects that are progressing in the Valley — with which Brite is coordinating — the region is poised to take advantage of the renewable energy field.

“I think it gives the Mahoning Valley the opportunity to be on the forefront of something the rest of the world is really looking toward,” he told Mahoning Matters Wednesday. “At the end of the day, it’s about creating jobs. We have an opportunity to focus our economy on a renewable future.

"Our greatest export here is talented young people. If we are going to be focusing on the future and keeping our kids and grandkids around, opportunities in technology and renewable energy is a darn good way to do it."

Brite leads a coalition of development and energy researchers called the Energy Storage Cluster. One such partner is the Cleveland-based business development organization Team NEO, which in 2011 commissioned a plan for fostering growth in the energy storage field.

That seven-year “roadmap”, published in October by Cleveland State University’s Maxine Goodman Levin College of Urban Affairs, assesses the region’s current and future potential to capture a piece of what’s expected to become a more-than $100 billion industry by 2025.

“New opportunities in energy storage will be largely driven by applications,” the report summary reads. “Technological change will accelerate as companies develop new products to satisfy the demand for more energy and higher power densities delivered from ever-smaller devices.

“Northeast Ohio’s advanced manufacturing base, in areas such as additive manufacturing and the industrial Internet of Things, can provide collaboration opportunities for businesses in this constantly evolving market landscape.”

You can read the full report below. Click the icon in the upper-right to open a full-sized version: