AP: Trump said Lordstown is 'booming'; it's not

Ohio is a key swing state that helped Trump win the presidency in 2016, but he’s vulnerable here because of promises made about revitalizing the economy, the Associated Press reported Monday.
Sep 29, 2020 1:54 PM By: Mahoning Matters staff 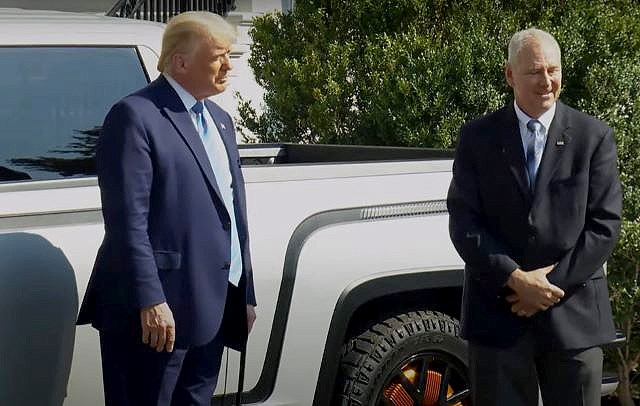 "Well, the area was devastated when General Motors moved out, and then we worked together, and we made the deal on the plant. But beyond the plant — I mean, it’s incredible what’s happened to the area. It’s booming now. It’s absolutely booming and really great," Trump said.

Trumbull County in August had an 11.4 percent unemployment rate, the 3rd-highest among Ohio's 88 counties. Unemployment was at 6.6 percent in March 2019, when the last workers filed out of the former Lordstown Assembly Complex, which rose to 6.8 percent in February of this year, before the state locked down due to the coronavirus pandemic.

Trump famously told Mahoning Valley residents during a July 2017 rally in Youngstown, "Those jobs have left Ohio. They're all coming back. ... Don't move. Don't sell your house."

Though, as reported by the AP, GM Lordstown slowly bled out 4,500 jobs since 2017 — jobs that paid about $30 an hour, with benefits — Lordstown Motors is expected to create at least 1,500 new jobs by the end of next year, after production begins on the Endurance.

GM's new $2.3 billion Ultium Cells electric vehicle battery plant, which is currently under construction in the village, is expected to create an additional 1,100 production jobs, the automaker restated Monday.

Though state and federal lawmakers said in February production workers at the Ultium Cells plant could make $45,000 to $50,000 a year, Burns has not made any firm statements on the wages Lordstown Motors would offer, only that he expects them to be "competitive."

Lordstown Motors now employs 159 people, according to the AP, but the bulk of its hiring will happen next year. Burns has said he's open to a unionized workforce.

So is United Auto Workers Local 1112, which for decades represented GM Lordstown workers, but is now struggling to keep its doors open.

“We want the Local 1112 to be around in some form to represent the workers there,” former President Tim O'Hara told Mahoning Matters earlier this month. “Our goal is just to survive. And I know we could be looking at a year or two before there’s any kind of a vote for workers there to join the union.

“We’re trying to be [around], but there’s no guarantee.”