Blue Jackets get OK for some fans to return to arena 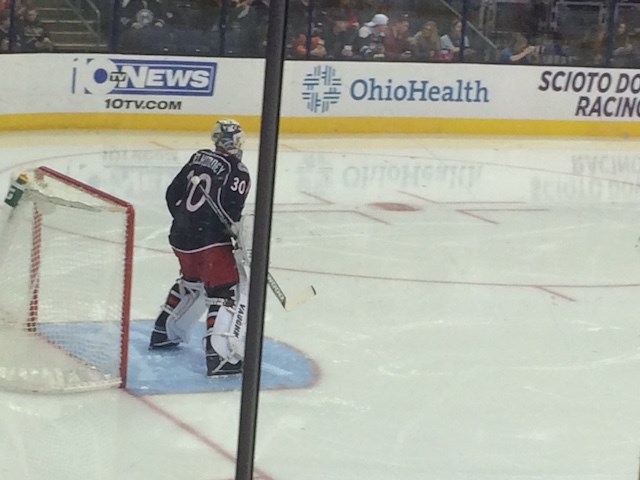 The Columbus Blue Jackets are allowed to welcome limited-capacity crowds back to Nationwide Arena beginning with the March 2 game against the Detroit Red Wings. Mahoning Matters

COLUMBUS — The Ohio Department of Health says the Columbus Blue Jackets can welcome back some fans next month.

On Saturday, the Blue Jackets announced they will be allowed in March and April to have 1,953 fans for their remaining NHL regular-season games.

The limited crowd size is 10 percent capacity of Nationwide Arena.

The first game to be played before fans will be the March 2 contest against the Detroit Red Wings, almost one year to the day that the NHL suspended the 2019-20 season on March 12, 2020 because of the coronavirus pandemic.

The NHL eventually canceled all remaining regular-season games, then began an expanded Stanley Cup Playoffs in August in the bubble cities of Toronto and Edmonton.

The Blue Jackets are Ohio's second professional team playing indoors to get a variance permitting fans. Since the NBA season began in December, the Cleveland Cavaliers have been permitted to have 300 fans per game at Rocket Mortgage Fieldhouse.

The Youngstown Phantoms, an amateur hockey team that plays home games in the 5,700-seat Covelli Centre, are permitted to have 1,600 fans per game (much more than 10 percent of capacity).

The Pittsburgh Penguins who play in PPG Paints Arena still are playing games without fans.

The Blue Jackets say season-ticketholders will have priority access when tickets go on sale on Tuesday. Details are still being finalized.