“I think that my hometown instilled a strong sense of community and work ethic,” the 2007 Boardman High School graduate said.
May 5, 2021 2:45 PM By: Rick Burke | Navy Office of Community Outreach 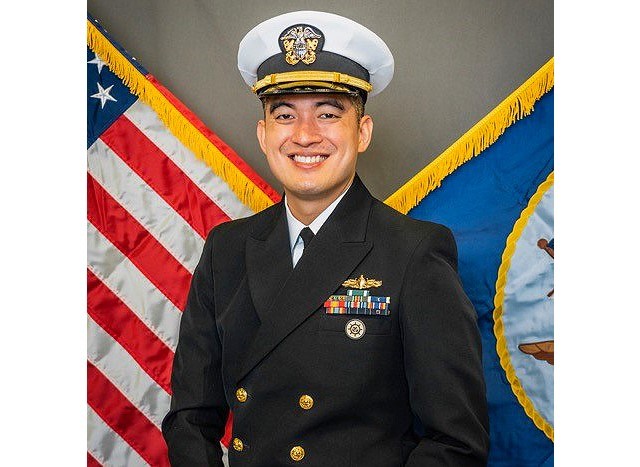 Lu, a 2007 Boardman High School graduate, said the values required to succeed in the Navy are similar to those found in Boardman.

“I think that my hometown instilled a strong sense of community and work ethic. We have a really strong performing arts program, and all the time I spent in marching band and orchestra really taught me discipline and how to understand my role in a musical score, and how critical each of us were to achieving the overall effect,” Lu said.

“The Navy is similar in that it’s also a complex system of individuals that come together. Also, our strong academic program and great athletics coaches gave me the technical background and physical foundation to succeed.”

USS Oakland is a littoral combat ship that was commissioned by the U.S. Navy on Apr. 17 in Oakland. Ship commissioning is a naval tradition that places a ship in active service.

The USS Oakland is the third U.S. Navy ship to honor the long history its namesake city has had with the Navy. The first Oakland was commissioned in 1918 and used to transport cargo. In 1943 the second USS Oakland was commissioned. Though in service for less than seven years, it was key to many anti-aircraft missions in the Western Pacific — Marshall Islands, Pagan Island, Guam, Iwo Jima, Rota, Peleliu and Okinawa. After the war, Oakland performed two duty patrols off the coast of China before being decommissioned in 1949.

Lu is the combat systems officer responsible for the supervision and direction for the employment of the USS Oakland’s combat system, including ordnance equipment and the sailors that maintain and operate the system and equipment.

“I’m a mid-level executive that’s responsible for a third of my ship’s crew and all of the equipment that makes a warship a warship," Lu said. "Ships are one of the most complex machines that we have ever created, and I am proud to be part of a team that operates them every day.”

Serving in the Navy is a continuing tradition of military service for Lu, who has military ties with family members who have previously served. Lu is honored to carry on the family tradition.

“My dad was a Navy doctor who encouraged me to take a look at the U.S. Naval Academy for school," Lu said. "After spending a week there the summer after my junior year of high school, I knew I wanted to be a midshipman and become a naval officer.”