There is a history of domestic violence between the suspect and the victim.
Apr 16, 2021 4:55 PM By: Mike Stunson | McClatchy 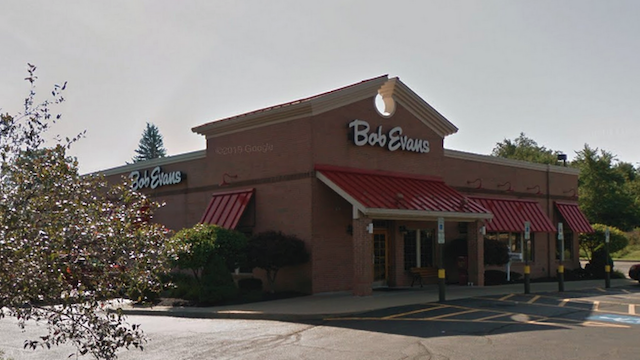 Police are searching for the suspect, 54-year-old Richard James Nelson, who fled out the back door of the restaurant, Canton Police Chief Jack Angelo said.

Nelson is the ex-boyfriend of Rebecca Jean Rogers, 38.

Rogers was transported to an area hospital, where she died from her injuries.

There were six to eight employees and just as many customers inside the restaurant when the shooting took place at 9:30 a.m., according to Angelo. Customers took cover underneath tables after Nelson entered the restaurant and began shooting, police said.

“We can’t get out. We’re scared,” one of the employees said in a 911 call, according to the Canton Repository.

The worker later said, “We’re worried about our other employee. She ran into the back ...”

Police responded within minutes of the shooting and found Rogers in the back of the restaurant with multiple gunshot wounds, Angelo said.

There is a history of domestic violence between Rogers and Nelson, the police chief said.

“Domestic violence is a dangerous thing and people need to take it seriously because far too often domestic instances lead to tragedy like this,” he said.

Rogers, 6 feet tall with black hair and brown eyes, is considered armed and dangerous. Anyone with information into his whereabouts is asked to contact Canton police at 330-489-3144.