Can your cellphone be a hazard to your health? 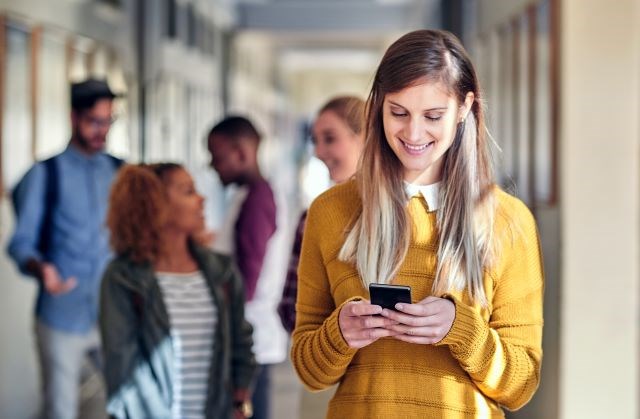 Did you or a loved one find a new cellphone under the tree this year?

Believe it or not, a recent study suggests that a cellphone can actually be a health hazard.

The study looked at data on more than 2,500 people who had sustained injuries to the head and neck as a result of cellphone use.

Many of these cases involved cuts, bruises, concussions, and even internal organ injuries, as a result of using the phones while distracted.

“It really highlights the importance of paying attention, connecting, coming back and focusing on what we’re doing,” said Dr. Baruch Fertel of Cleveland Clinic, who did not take part in the study. “In today’s world, where everything is so instant, we always want to multitask. We always want to save time and get so many things done that it could be harmful.”

We often hear about the dangers of driving while distracted, but Dr. Fertel said emergency department doctors see instances where people are badly injured after stepping out into traffic with their heads buried in their phones.

“It is not uncommon to see people walking down the street — to see people crossing the street, all while looking at their phone,” he said. “All it takes is a small crack in the sidewalk, or some slippery ice; you don’t realize what’s going on, and boom — there you go — you fall.”

Dr. Fertel said we should never look at our screens while performing other tasks that require coordination such as driving, cycling or even walking.

This is especially true for young people, as the study indicated more than 700 of the cellphone-related injuries occurred in people between age 13 and 29.

Dr. Fertel believes it’s important for parents to not only model good cellphone behavior in front of their children, but to also educate them about the dangers of distraction.

“I think as we give cellphones to our kids — that’s part of the conversation,” he said. “Just like we would if we gave them anything that could potentially be dangerous. We have to teach them these devices can have social impacts on relationships, and they can have an impact on distraction.”

Complete results of the study can be found in “JAMA Otolaryngology — Head and Neck Surgery.”