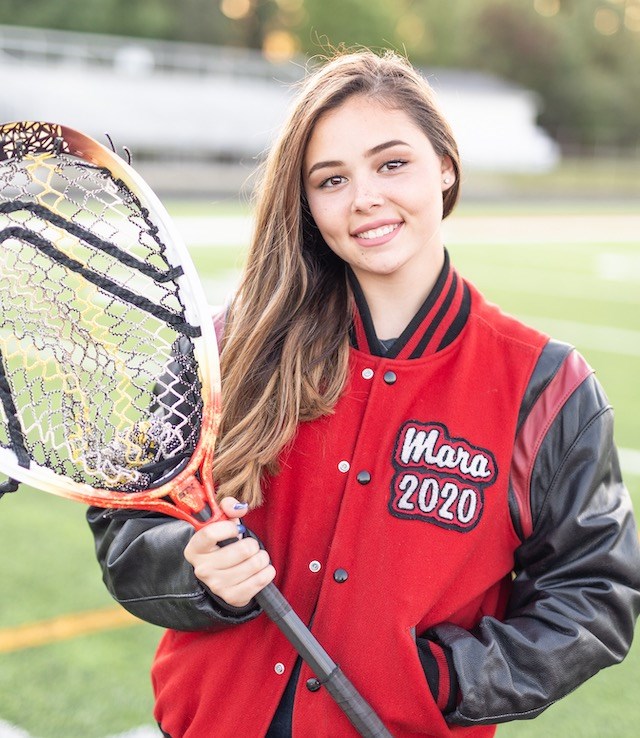 CANFIELD — Their senior season did not produce the memories anticipated by the pioneers of the Canfield High School girls lacrosse program.

But four Cardinals are moving on to play in college. That's not bad for a sport that was not added until 2017.

And one of the pioneers — goaltender Mara Guerrieri — was honored during graduation ceremonies with the Dick Weiss Scholarship awarded to a deserving student-athlete from the Class of 2020.

It’s not been a typical year for Guerrieri who injured her knee last winter but had recovered in time for her fourth and final varsity season.

Then on March 12 as the COVID-19 pandemic gathered steam, the Ohio High School Athletic Association under Gov. Mike DeWine’s direction put a halt to all high school sports just as the state tournaments for girls basketball, wrestling and ice hockey were about to begin.

By March 16, Ohio’s schools were closed for online instruction and all sports were put on hold. Eventually, spring sports were canceled.

“Oh my gosh, I was so disappointed because I felt so strongly about [doing well] this year,”  Guerrieri said. “All the girls had worked really, really hard in the offseason.”

The senior captain said the incoming freshmen were poised to make contributions.

“And the sophomores, juniors and seniors really, really wanted to take the team to the next level," she said. “It was [to be] our last hurrah so I was really disappointed about that.

“It was definitely a disappointment.”

Mara’s mother, MeLynda, is the Canfield varsity coach and started the program in 2017.

“They are all great kids, great players and great students,” MeLynda Guerrieri said.

With the season canceled, Mara’s doctor found a cartilage tear and scheduled surgery to get her knee to full strength, stretching out an already incredibly long spring for a teen athlete.

Friday, Guerrieri received some good news as she was given the go-ahead to resume training as long as her knee doesn’t start bothering her.

“I know I can’t walk very far or stand too long,” she said, quickly adding that she was on her way to her gym.

“[Being able to train is] definitely a lot better because I’ve just been doing upper-body [exercises],” she said.

A two-year captain, she earned First Team All Region honors in 2019, was Canfield’s most valuable player and The Vindicator’s Player of the Year.

The school records she set are:

Guerrieri will begin her college career at Seton Hill University, a Division II program in Greensburg, Pa., around Aug. 11. She’ll also have more time to work her knee into shape because the Pennsylvania State Athletic Conference on Wednesday canceled its fall sports seasons. Seton Hill is one of the 18 members of the conference.

Guerrieri doesn't know when practices will begin, except it won’t be before Sept. 1. She said individual practices with a couple of teammates are permitted.

The August break will give her a chance to get acclimated to the college classroom. She’s majoring in forensics science and says a career with the FBI is a goal, but not necessarily as an agent.

“I’ve always loved crime shows,” said Guerrieri, adding that she had an internship with the FBI office in Cleveland last summer. “That really [motivated] me for what I want to do for my future.”

She was one of the 50 selected among the several hundred who applied.

“I made a lot of connections,” Guerrieri said.