Canfield Schools board has picked a new superintendent

Joseph Knoll, of Alliance, has headed up Marlington Local Schools in Stark County for the past eight years.
0
May 22, 2020 1:19 PM By: Justin Dennis 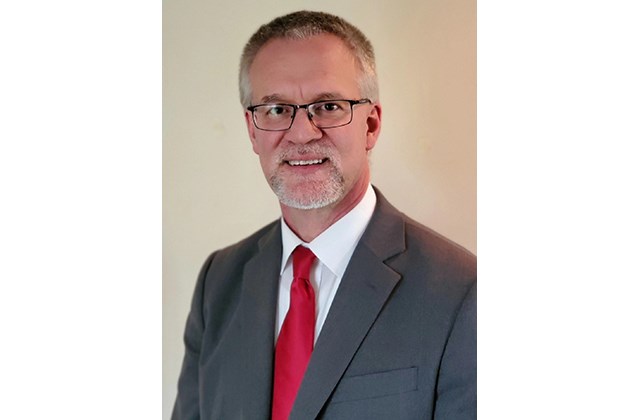 CANFIELD — Marlington Local Schools Superintendent Joseph Knoll has been chosen to head Canfield Local Schools, according to a Friday statement from the district.

Board President Dave Wilkeson said the school board chose Knoll for his "extensive educational administrative experience, his commitment to innovation and his outstanding skills in communication and relationship building."

The board expects to approve Knoll's contract at a May 26 board meeting.

"I am honored to have been selected as the next superintendent of Canfield Local Schools," Knoll is quoted in the release. "Canfield has a rich tradition of academic excellence. I am looking forward to working with the board of education, administration, teachers, staff and students in furthering student performance at all levels."

During a live interview broadcast to the district’s website and social media channels last week, Knoll addressed state officials’ suggestions that the upcoming school year could blend in-class instruction and remote learning tools that students have been using since schools were closed in March due to the COVID-19 pandemic.

He said he’s most concerned for the success of kindergarteners through second-graders and special education students through remote learning, and suggested resuming in-class instruction for those groups, which would be separated.

“I think there’s something the K-2 parents and kids really need — a little more face-to-face instruction, and our special needs kids need that as well,” he said.
Canfield faces a $683,278 reduction in state K-12 funding for this school year, which is part of a total $775 million in cuts Ohio Gov. Mike DeWine announced earlier this month in order to balance the state budget, which has been gutted by the pandemic.

Knoll, like other local school officials, acknowledged more cuts are likely coming. He suggested letting soon-resigning or retiring staff go through attrition, or reorganizing the district’s existing staff to “soften the blow.” He cautioned against “overreacting” to the cuts, noting federal CARES Act funding — currently about $150,000 for Canfield — could help offset cuts.

Knoll since 2012 has been the superintendent of Marlington Local Schools in Stark County, which operates on a nearly $23 million budget, according to his resume.

During that time, he implemented a technology plan that gave learning devices to each student. He also created the district's Dukes Digital Academy online school, instituted new STEM initiatives such as clubs and a career-tech engineering program at the district's high school and used a $300,000 local education grant to build a fabrication lab, according to the district.

Prior to that, Knoll served as assistant superintendent and human resources director for the Mahoning County Educational Service Center from 2010 to 2012.
When asked why he’s choosing to leave Marlington, Knoll said the Canfield position represented an “amazing” opportunity.

“There’s a definite community support in Canfield, which is intriguing to me,” he said.

The board selected Knoll from a field of candidates produced by CF Educational Solutions, which the board hired to assist in the search, and with guidance from a 15-member advisory panel, as well as surveys of students, staff and district stakeholders.

Geordan resigned amid public backlash over his perceived mishandling of a potential gun threat Sept. 12 at Canfield Middle School.
A Canfield Police Department report accused Geordan of deliberately downplaying the threat and misinforming parents, and accused other administrators of failing to involve police in the investigation.

“I think I can bring some healing and unity to the district.”