The virtual recital will be prerecorded and premiere on both the McDonough Museum and Cliffe College of Creative Arts YouTube channels.
Feb 13, 2021 10:29 AM By: Mahoning Matters staff 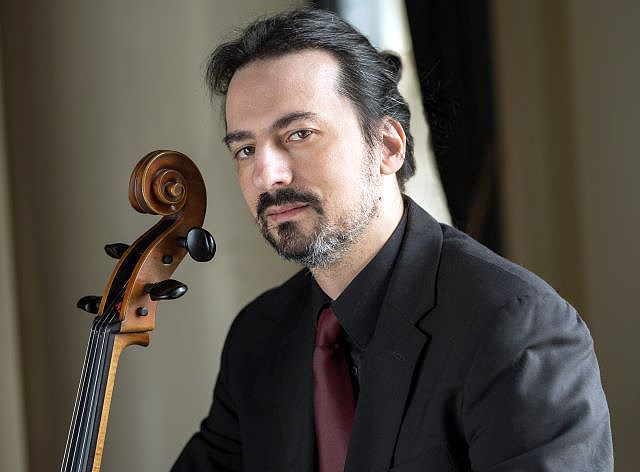 The virtual recital will be prerecorded and premiere on both the McDonough Museum and Cliffe College of Creative Arts YouTube channels.

The program will include music by Kaija Saariaho, Caroline Shaw, Domenico Gabrielli and Johann Sebastian Bach, among other composers.

Cahn-Lipman has degrees from Oberlin and Juilliard, and he received his doctorate from the University of Cincinnati. He is the founding cellist of the International Contemporary Ensemble, founder, lironist and director of the baroque string band ACRONYM and gambist with the viol consort LeStrange.

Cahn-Lipman appears on more than 40 recordings. As a chamber musician, he has performed frequently in Carnegie Hall, Lincoln Center and other major venues on four continents, as well as live on WNYC 93.9 in New York and WFMT 98.7 in Chicago. He taught cello at Smith and Mount Holyoke Colleges from 2005-12 and at The College of New Jersey from 2015-17, and he has been on the faculty of the Cortona Sessions for New Music each summer since 2012. He also is a faculty member of the Dana School of Music.

For more information, call the Office of Community Engagement and Events at 330-727-7514.