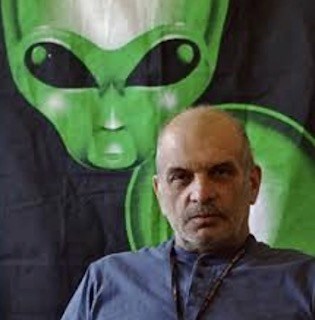 Saluga, director of the Mutual UFO Network as well as the Center for Unexplained Events, will share his life work investigating conspiracy theories and paranormal events. He has spent 50 years exploring and studying UFOs, Bigfoot, cryptids  and other anomalies.

A Youngtown native, Saluga graduated Redstone High School in 1966. He graduated from Youngstown State University with a degree in criminal justice and later attended the University of Pittsburgh.

Saluga has published numerous articles on unexplained subjects and conspiracy theories, co-hosted a television program, “UFOs Over Pittsburgh,” and has taught classes or presented seminars at area universities and the Mothman Festival in West Virginia.

The historical society conducts cultural and educational programs in an effort to preserve the legacy of nationally known educator, William Holmes McGuffey. McGuffey published the famous Eclectic Readers in 1836, which are still in print. Educated in Youngstown, he became known as “America’s Storyteller” and “America’s Schoolmaster.”

All programs are open to the public. Member admission is $5. Non-member admission is $6. Refreshments will be served and a 50/50 raffle will benefit the society’s education mission. Reservations are suggested. Walk-ins admitted, based upon seat availability. Seating is limited due to social distancing.

To make reservations or for more information, contact Richard S. Scarsella, chairman, at 330-726-8277.