After the election, Dan Polivka filed a lawsuit challenging Niki Frenchko's eligibility as a county elector and called for the court to either declare him the victor in the Nov. 3 contest or hold another election.
Dec 30, 2020 6:52 PM By: Mahoning Matters staff 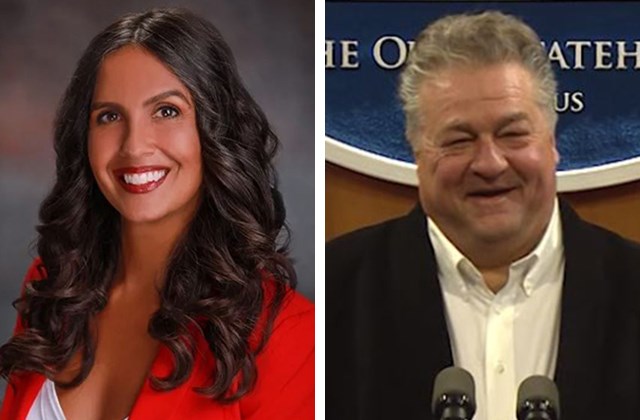 Polivka, a Warren Democrat, on Nov. 3 lost his re-election bid by 5 percent of the vote to Republican Niki Frenchko, also of Warren, according to official results from the county elections board.

After the election, Polivka filed a lawsuit challenging Frenchko's eligibility as a county elector and called for the court to either declare him the victor in the Nov. 3 contest or hold another election.

The suit names Frenchko as a defendant, as well as the Trumbull County elections board, which unanimously ruled in September that Frenchko’s candidacy was valid, despite an independent investigation that suggested her primary residence was in Mentor, Lake County.

Polivka said he has yet to decide whether to appeal the "disappointing" ruling. He said he feels today's ruling sets a bad precedent for future elections.

"To me, they might as well throw all the residency laws out if they're not going to enforce them," he said.

When asked why Polivka didn't contest Frenchko's eligibility in Trumbull County until after the election, he said he expected the matter would have been handled outside court, and before the election.

"I never went to court on any election contest. I don't go to court. I work things out, unless you really have to go to court," he said. "I didn't think she would make it past first base with all this fraud, either in Mentor ... or in Trumbull County.

"I don't know how you look at it, but she was able to slip through the cracks."

The petition references Frencko’s representation of her home along Kenilworth Avenue in Warren as a place where she does business as a real estate consultant. County auditor records indicate Frenchko purchased the home in 2011, but it’s been owned by her business, MVP Solutions, since 2014.

Frenchko, who declared her candidacy as a Warren resident, attested to simultaneously residing at a home in Mentor, where her daughter attends school.

Her term is expected to begin Sunday.