Mahoning officials expect to have mere weeks to spend the county's last $7 million in coronavirus relief funding. State legislators have offered a helpful rule change.
Sep 14, 2020 3:52 AM By: Justin Dennis 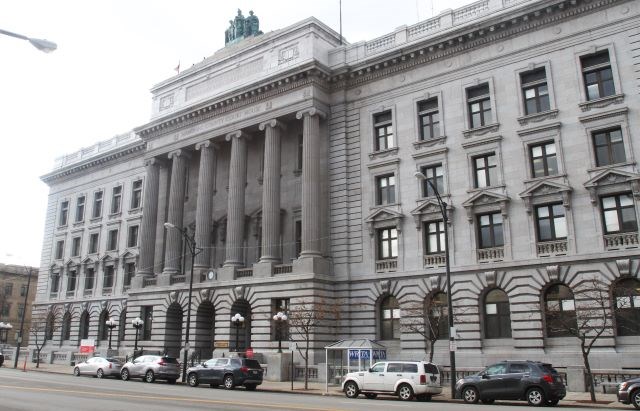 YOUNGSTOWN — Mahoning County officials worry they won’t have enough time to spend their share of the $650 million in federal CARES Act funding still on-deck for distribution across the state.

An amendment to a state bill to distribute that funding, however, could give some breathing room.

Commissioner David Ditzler said Thursday he feels the state has “dragged its feet” on sending out the federal coronavirus relief funding, while Ohio counties’ Oct. 15 deadline to allocate those disbursements looms.

Any CARES Act funding not spent by Dec. 28 goes back into the state coffers for redistribution.

The Ohio Senate bill to distribute the remaining $650 million to municipalities that didn’t qualify for a direct distribution of CARES Act funding — including the entire Mahoning Valley — now has an amendment pushing the Oct. 15 allocation deadline back to Nov. 20; the Dec. 28 spending deadline back to Feb. 1, 2021.

The bill passed the Ohio Senate Sept. 2 and was introduced in the Ohio House Tuesday.

Only five Ohio counties and one city, Columbus, qualified for a direct distribution of CARES Act funding, as they have populations of at least 500,000. For municipalities that don’t qualify, the state legislature earlier this year approved $350 million and an additional $175 million came from the Ohio Controlling Board.

One reason the funding stream has been more of a trickle is there’s a limit to how much the controlling board can approve for disbursement at once, according to Audrey Tillis, commissioners’ executive director.

“It’s unfortunate the state has waited so long to distribute [the funding],” Ditzler said during a Thursday commissioners meeting. “Now we are trying to utilize the funds within the framework of how the federal government originally set it up.

“They really have not given us much time at all. The communities are in desperate need of the funding. To not be able to utilize it and have to turn it back into the [state] government is a waste of money.”

The County Commissioners Association of Ohio, the Ohio Municipal League, Ohio Township Association and Ohio Mayors Alliance pressed to delay those spending deadlines in testimony to the Senate Finance Committee earlier this month. While local governments have put CARES Act funding toward local health and business relief efforts, federal regulations don’t allow them to use the funding to stabilize budgets, their testimony noted.

“Local resources are shrinking at a time of growing demand. To sustain Ohio’s locally implemented frontline response, available federal resources must be distributed to the local level where they can directly benefit Ohioans,” it reads.

According to a study of U.S. Department of Labor statistics, about 1.2 million local government jobs nationwide have been shed since February.

“We had hoped Congress or the U.S. Treasury would have acted to make these dollars more flexible, allowing local governments to use these dollars as revenue replacement based on specific community needs,” Murdock testified. “Unfortunately, they did not, which has brought a greater urgency to distribute these dollars quickly. … The [need] for these dollars is clearly there, and it won’t be enough.”

Tillis said Saturday she was not aware of any pandemic-related layoffs in Mahoning County government so far.

The latest federal coronavirus relief package, the so-called “skinny” proposal, does not include any new monies for state or local governments, though it would continue federal unemployment benefits and offer businesses and schools protection from COVID-19-related lawsuits. It was blocked by Senate Democrats Thursday.

Gov. Mike DeWine, during the state’s Thursday coronavirus briefing, said the Ohio Office of Budget and Management has been assisting municipalities with their CARES Act spending — and also noted the pending distribution bill, which he expects to pass the House — but beyond that, the state’s doing everything it can.

“We’ve taken the attitude — my administration — that all of it should go out to the local communities,” the governor said. “One of the messages we’ve taken to Sen. [Rob] Portman, Sen. [Sherrod] Brown, members of the [U.S.] House: We’ve always asked for more flexibility … for the local communities to make their own determination on how this money should be spent.”

On Thursday, Mahoning commissioners approved allocation of $1.73 million in federal coronavirus relief funding, which it received the week prior: