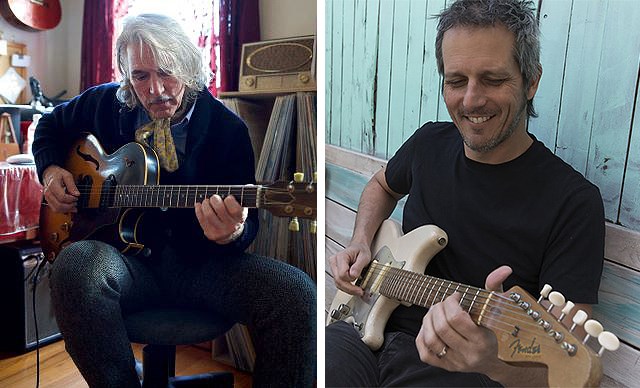 Campilongo has 11 albums of original material and guest appearances on dozens of recordings — including a contribution on Cake's million-selling “Prolonging the Magic” and lead guitar duties with The Little Willies and his band with Norah Jones. He has earned two Gold records and has written music for national ads for National Grid, Volkswagen, SBC, Michelin and Jack Daniel's.

Campilongo is a published guitar teacher and contributing editor for Guitar Player magazine. His  TrueFire instructional video "Sonic Tele" continues to be a best-seller, along with his homespun "Lessons By Mail," offered on his website.

Benedetti, a Brooklyn-based guitarist and producer, has been performing in a wide variety of roots, jazz, country and Americana-inspired projects since moving to New York in 1996. His most recent collaborations include performances, production and recordings with Hermine Deurloo & Steve Gadd, Campilongo and a variety of other artists.

For more information, call the Office of Community Engagement and Events at 330-727-7514.