UPDATE | Demonstrators march in support of George Floyd in Warren 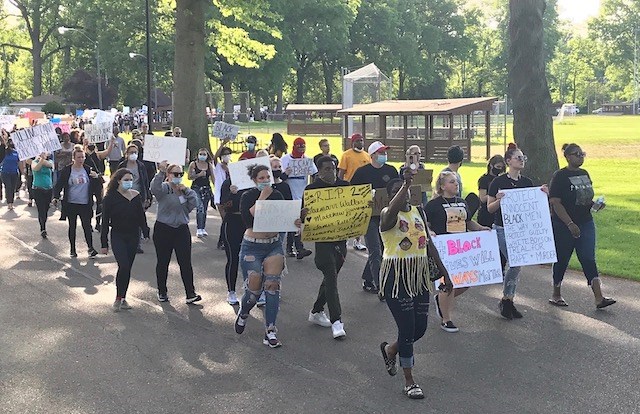 "Hands up, don't shoot," they cried, or at times, "No justice, no peace; no racist police."

City Mayor William "Doug" Franklin said the effort was organized by one person, but swelled with social media activity over the weekend. They gathered on the amphitheater seating before starting down into the park, with Warren police and Trumbull County sheriff's deputies spaced out among them.

Groups passed water bottles out to the marchers, drawing them from coolers also holding jugs of milk, which demonstrators have used to counter the effects of police pepper spray.

Within a half-hour the group looped out of the park and started down Mahoning Avenue Northwest toward downtown, greeted by car horns of passersby.

After the walk, the group returned to the amphitheater for a round of speeches from organizers and local pastors.

Check back at MahoningMatters.com for more updates, as the crowd continues into the city.