"If we're going to make this [economic] recovery ... people have to feel safe when they go out," the governor said after social media over the weekend revealed crowded scenes with little or no social distancing.
May 18, 2020 2:38 PM By: Mahoning Matters staff 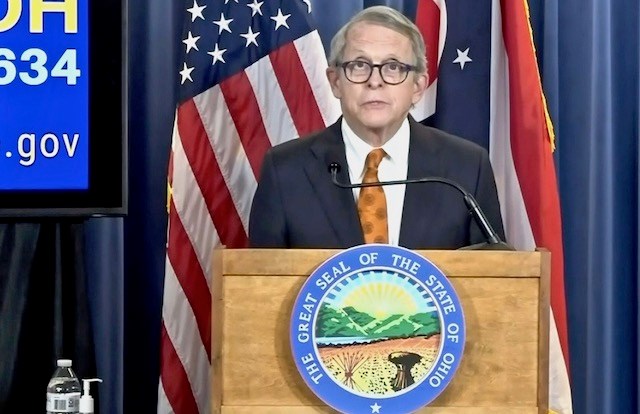 COLUMBUS — Ohio Gov. Mike DeWine, citing weekend reports of crowded bars and restaurants across the state, on Monday announced the state would be surging additional investigators to conduct "safety compliance checks" at those establishments.

Those investigators would be able to issue administrative citations which could cause establishments to lose their liquor licenses, the governor said. They'll also be working with local prosecutors "to take potential criminal action against these bad actors."

It was the first weekend Ohio restaurants and bars were allowed to re-open for open-air dining only after two months closed. Indoor dining is expected to resume Thursday.

"It was clear that most restaurants were doing an amazingly good job; most bars were doing a good job, but it's clear that we have had some outliers — ones who just were not doing what they should do," DeWine said, calling for patrons and owners to take responsibility for the rules. "If we're going to make this [economic] recovery ... people have to feel safe when they go out. They have to feel the rules are being followed when they go out to a restaurant."

Social media over the weekend revealed crowded scenes with little or no social distancing at some bars across the state, especially in Cleveland and Columbus.