Weninger was killed in a training exercise at Fort Benning in Georgia.
Jun 21, 2020 2:50 PM By: Mahoning Matters staff 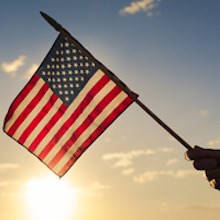 COLUMBUS — Gov. Mike DeWine has ordered that all U.S. and Ohio flags be flown at half-staff in Geauga County in honor of the life and service of Ohio Marine Sgt. Wolfgang Kyle Weninger.

Weninger was killed last week in a training accident, according to Cleveland television station WOIO.

A graduate of Kenston High School, Weninger, 28, was training to become a paratrooper at the Army’s Fort Benning facility in Georgia.

All other public buildings and grounds throughout the state may fly U.S. and Ohio flags at half-staff at their discretion for the same time period, DeWine ordered.

Flags shall remain lowered until sunset on the day of his funeral, DeWine ordered.