The governor said he has no idea when places of mass gatherings like Cedar Point in Sandusky will be able to welcome people again.
May 24, 2020 7:11 PM By: Mahoning Matters staff 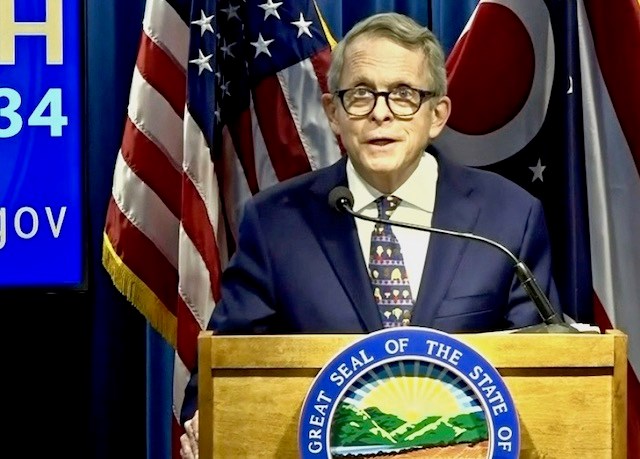 On Sunday, Gov. Mike DeWine said on NBC that Ohio's reopening is going well, but there is no timetable yet for amusement parks to open.

CEDARVILLE — The state's reopening is going well, Ohio Gov. Mike DeWine said on Sunday, but he has no idea when places of mass gatherings such as Cedar Point in Sandusky will be able to welcome people again.

On NBC's "Meet the Press," DeWine told moderator Chuck Todd, "I have no idea when Cedar Point will be able to open. Our kids and grandkids love to go there. We would love to go there. But we're certainly not there yet."

"If you look at our data, our replication rate is one to one," DeWine said. "We've got to see how this reopening is going. The reports I get back, it's going pretty well. Our restaurants are doing what they need to do, keeping the space. Retail is doing the same thing.

"But we're not there yet as far as, you know, mass gatherings of people."

DeWine, whose last press conference was on Thursday, said the state continues to encourage Ohioans to wear face coverings in public. Masks have become a political flashpoint in some areas.

"And this is one time when we truly are all in this together."

The Ohio Department for Health on Sunday reported a second day of a decline in new confirmed COVID-19 cases. Friday's report showed 584 new cases. The cases on Saturday and Sunday numbered 530 and 489.

DeWine said the federal government could boost Ohio by "an extension of our ability to use the National Guard. That's very, very helpful.

"We have National Guard next week going out into our nursing homes. They've done a phenomenal job," DeWine said. "More flexibility is important."

Since late March, the National Guard has been active in the Mahoning Valley at the Second Harvest Food Bank in Youngstown.

DeWine said a growing concern is how Ohio schools will be funded with tax revenues way down because of the two-month shutdown. Local governments face similar challenges, he said.

"We're very concerned about our ability, frankly, to fund our schools," DeWine said. "We don't intend to go bankrupt in Ohio. We have to balance our budget every single year.

"And we just made $760 million worth of cuts. And we did what we have to do and it's the same way with local government in Ohio. They're going to do what they have to do."