The plan disappointed many who wanted universal background checks and a law allowing a judge to take guns from someone deemed a threat.
Oct 31, 2019 8:02 AM By: Jason Reynolds 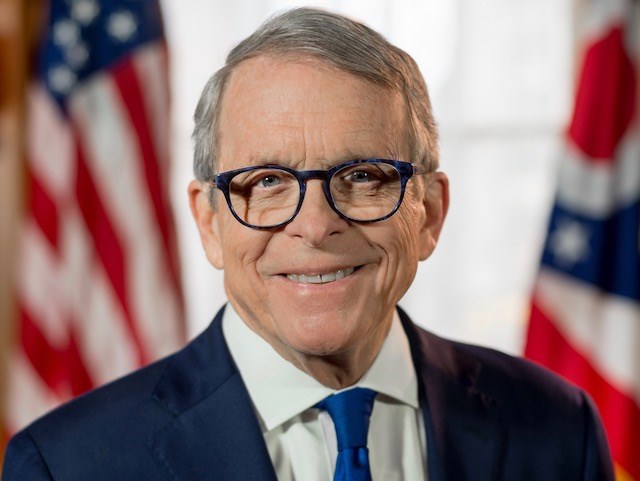 Two weeks after Governor Mike DeWine unveiled his "STRONG Ohio" gun control package, groups on all sides of the issue are ramping up the rhetoric.

The plan disappointed many who wanted universal background checks and a law allowing a judge to take guns from someone deemed a threat. DeWine called for both after the Oregon District mass shooting.

Now, both sides are lobbying lawmakers as they consider DeWine’s gun violence bill.

The night after the mass shooting in the Oregon District, thousands gathered for a vigil. When Ohio Governor Mike DeWine addressed the crowd, he was shouted down with chants demanding action.

A few days later DeWine credited that crowd with convincing him to take action and laid out a 17-point plan for gun control.

“Some of them chanted 'Do Something,' and they were absolutely right,” DeWine says.

DeWine’s plan included universal background checks. He also proposed a red flag law that would allow courts to take a person's firearms away if they were deemed dangerous.

Neither of those provisions were in the language of DeWine’s bill when he released it earlier this month.

The STRONG OHIO bill doesn’t include a red flag law, and expanded background checks would be voluntary instead of mandatory.

At a firing range called Sim-Trainer a few miles south of the Oregon District, people line up and take aim.

“The initial knee jerk reaction was the typical feel good response, 'We gotta do something. It will make me feel good to do something, even if it won’t have an effect.' One of the things they talk about is expanded background checks, but here’s one thing I know being a police officer of 29 years: criminals don’t go through background checks.”

But Pedro does support a lot of DeWine’s provisions. He says he’s in favor of increased penalties for “straw buying,” where someone purchases a gun for another person — often, a person  who wouldn’t be able to pass a background check.

“Those kind of things--making sure that the existing laws are enforced, and other things with mental health, giving more money to schools to bring in mental health professionals so they can do early diagnostics on kids that are having emotional issues that need to be dealt with early,” Pedro said are things he supports. He says he isn’t against new legislation, as long as it’s carefully worded to protect Second Amendment rights.

State Representative Michele Lepore-Hagan of Youngstown, D-58th, has not decided if she will support the bill.

"My fear is the further we get from the tragedy, the further the governor is going to move from the original proposal," Lepore-Hagan said. "We didn't mean, 'Just do anything.'"

Lepore-Hagan would like to see elements of the bills she's introduced included in the legislation, such as a provision that requires the surrender of firearms owned by domestic violence offenders.