The search comes nearly four months after the FBI arrested then-Ohio House Speaker Larry Householder and four others in connection to a $60 million bribery scheme funded by Akron-based FirstEnergy Corp. The FBI would not confirm whether today's search was related to that bribery probe.
Nov 16, 2020 2:46 PM By: Mark Gillispie 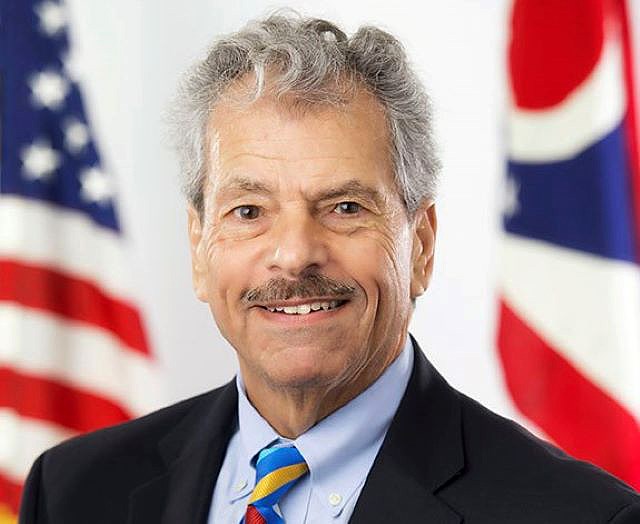 CLEVELAND (AP) — An FBI spokesperson confirmed today that agents conducted a search of a Columbus home owned by the chairman of the Public Utilities Commission of Ohio earlier in the day.

Agents were seen carrying boxes from a home owned by PUCO Chairman Sam Randazzo and his wife. The FBI spokesperson declined to provide details about why the home was searched.

PUCO spokesperson Matt Schilling on Monday said the agency has no comment or information about the search and that Randazzo was not available for an interview.

Republican Gov. Mike DeWine selected Randazzo as chairman from a list of four names submitted by the PUCO's Nominating Council. The state Senate then confirmed his appointment.

The PUCO chair is one of the most powerful positions in state government, wielding extraordinary influence on matters regarding the regulation of utilities in the state to include utility profits and rates charged to customers. As PUCO chairman, Randazzo also is chairman of the Ohio Power Siting Board, which has oversight on approval for new electric-generating facilities.

The search comes nearly four months after the FBI arrested then-Ohio House Speaker Larry Householder and four others in connection to a $60 million bribery scheme funded by Akron-based FirstEnergy Corp., which was seeking a $1 billion legislative bailout for its two aging nuclear power plants in the state.

Householder and four others were subsequently indicted on racketeering charges in federal court. Householder has pleaded not guilty. Two of the men indicted with Householder have pleaded guilty to charges. The FBI would not confirm whether Monday's search was related to that bribery probe.

Randazzo resigned as a partner in the Columbus office of the Harrisburg, Pa., law firm McNees Wallace & Nurick at the end of 2018. He served on PUCO Nominating Council from 2007 until 2019, which required him to file annual financial reports with the Ohio Ethics Commission during that time.

In 2007, Randazzo reported earning $750,000 from an organization incorporated in 2003 called IEU-Ohio Administration, describing his work as legal and management consulting. He reported $1.1 million in income from the business in 2008.

Randazzo listed IEU-Ohio Administration earnings through 2019. Starting in 2009, officials were no longer required to report specific amounts of income from sources listed on the report.

In the resume he submitted in his application for the PUCO appointment, he said he began working as general counsel for a group called Industrial Energy Users-Ohio in 1992. On its website, the group describes itself as a “non-profit trade organization of energy-intensive Ohio industrial and commercial manufacturers working for reliable energy supplies at reasonable prices.”

MRS-Energy was listed on his financial filings through 2018 and Sustainability Funding Alliance through 2019.

Schilling, the PUCO spokesperson, previously declined an Associated Press request to provide information about MRS Energy LLC, Sustainability Funding Alliance or IEU-Ohio Administration. He said Monday that he didn't have any information about the companies referenced.