First black female jockey to be honored at Austintown track

In 1971, Cheryl White of Youngstown raced as the first black female jockey in history at Cleveland's Thistledown course. White, who died last month, will be honored Saturday.
Oct 24, 2019 8:08 AM By: Justin Dennis 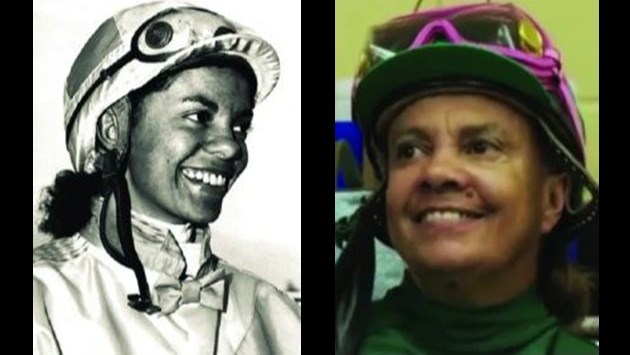 Cheryl White, of Youngstown, is best known as the first black female jockey in history. She died Sept. 20, 2019, at 65 years old.

Cheryl White lived in Youngstown when she died Sept. 20. She was 65.

White is best known for becoming the first licensed black female jockey in the world. Her first official race was in June 1971, when she was just 17 years old, at Cleveland’s Thistledown track.

Most recently, she worked at the Hollywood Gaming track in Austintown for four years, where she will be honored just before noon Saturday during the course’s Best of Ohio event, said racing secretary Ed Vomacka, adding he’d known White for about a year before he realized her claim to fame.

“She wasn’t boastful about her past. If you wanted to talk to her about it, she was pretty open and welcoming to everybody,” he remembered.

She planned to enroll at Bowling Green University and study to become a math teacher.

“However, she decided to pursue her other passion for a little while, and then attend college,” reads her obituary. “That passion was becoming a jockey, and that little while turned into a long while.”

White rode professionally for the next 21 years, winning more than 750 races. Even after retirement, she for several years joined other retired female jockeys at Baltimore’s Pimlico Race Course for its Lady Legends for the Cure Race, which raised money to fight breast cancer.

White returned to JACK Thistledown Racino this year, as a racing official. The racino hosted a memorial service for White on Oct. 18.

“As her friends would say, ‘Cheryl knew every single job involved on the racetrack, from jockey’s valet, to being one of the three stewards that sits at every racetrack,’” reads White’s obituary. “Cheryl White is a true legend and will be missed terribly by all who love her.”

White’s brother Raymond White Jr., is now raising $15,000 through GoFundMe to establish a permanent memorial to his sister, as well as a foundation that will “help inspire, and introduce horses, horse racing, riding and other aspects of the industry to children.”

“The focus would be [toward] those children who are underprivileged and at risk,” reads the family’s GoFundMe page. “However, this would be open to and include all children no matter their background.”