Funding for fiber: A look at broadband projects happening now in the Valley

Youngstown on Wednesday landed a $1.45 million federal grant for 10 miles of new fiber-optic internet conduit downtown. Other parts of the Valley are also pricing upgrades or sizing up broadband expansions.
Oct 15, 2020 4:11 AM By: Justin Dennis 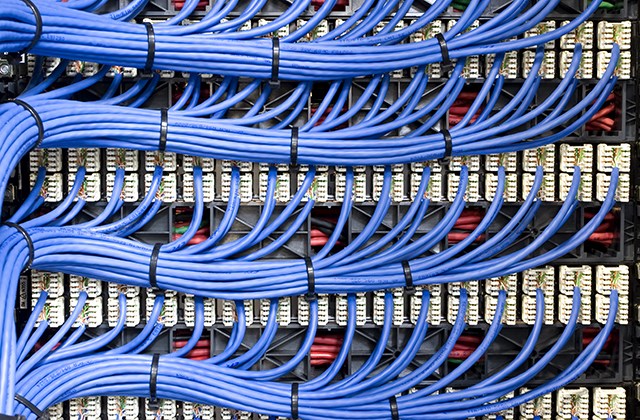 The Appalachian Regional Commission has awarded a $1.45 million POWER grant to Eastgate Regional Council of Governments to install 10 miles of fiber-optic conduit in downtown Youngstown, which is expected to serve 212 locations and create 119 new jobs, according to a Wednesday release from the commission.

The federal funding is part of $43.3 million awarded to 51 projects nationwide, more than half of which are focused on regional broadband infrastructure or work recovery efforts, according to the commission. That includes $5.7 million for seven projects in Ohio.

"POWER grants are playing a critical role in supporting coal-impacted communities in the Appalachian region as they recover from COVID-19 by building and expanding critical infrastructure and creating new economic opportunities through innovative and transformative approaches," Tim Thomas, the commission’s federal co-chairman, is quoted in the release.

Eastgate in early September was also awarded $132,500 from the U.S. Economic Development Administration to commission a study on the feasibility of expanding broadband infrastructure in underserved areas in Mahoning, Trumbull and Ashtabula counties. The council has already called out for bids, which are due Monday.

Separately, the City of Niles just closed the bidding period on a project to upgrade old fiber connections linking municipal buildings and lay new ones — more than 3.5 miles of fiber in total, about 2 miles of which will be new.

Down the road, city officials said they may consider expanding those connections into the downtown area, to incentivize business growth, and possibly even to homes.

Youngstown is getting SMART

The commission’s $1.45 million grant is going into Youngstown’s $30 million SMART2 network, which is expected to reshape downtown transportation with an autonomous shuttle corridor, roadway adjustments and other improvements.

The project, which broke ground in June, was kickstarted by an $11 million federal BUILD grant awarded in late 2018. Some of that will be used as matching funds for the POWER grant, along with a separate transportation grant and other investments from Youngstown State, Mercy Health and other partners, according to the commission.

The new fiber connectivity is “the first step” toward a downtown broadband network for businesses, downtown anchors like YSU and Mercy and city residents who are now “working and learning remotely,” according to the release.

Youngstown was ranked 43rd worst city in the nation for broadband connectivity in a 2018 ranking by the National Digital Inclusion Alliance. About a quarter of the 27,783 Youngstown households surveyed by the U.S. Census Bureau reported having no broadband internet connection, according to the report. About 43 percent of Youngstown homes didn’t have a hard-wired connection such as cable, DSL or fiber lines.

Digital exclusion places disconnected students behind their peers — many of whom are now learning from home due to the COVID-19 pandemic — and similarly disadvantages those who can’t afford broadband internet access or who haven’t yet learned how to use it, according to a recent report from Eye on Ohio.

But availability of high-speed internet also incentivizes new business investments. According to the commission, Youngstown’s SMART2 project is intended to “reverse decades of outward migration and disinvestment” by revitalizing the city’s central business district.

“The entire project will enhance the economic revitalization efforts within the City of Youngstown and lay the groundwork for a brighter future in the Mahoning Valley,” Jim Kinnick, Eastgate’s executive director, is quoted in a Wednesday release.

Also included in the commission funding is BRITE Energy Innovators in Warren — formerly Tech Belt Energy Innovation Center — which is receiving $49,950 to develop a “road map” for opportunities in energy storage technology in the region.

The study is expected to outline “key assets in energy storage for grid generation, transportation, and consumer electronics,” and help the region compete in the global market, according to the commission release.

“Energy storage is of central importance for our nation’s security and resiliency and BRITE seeks to work with partners across Appalachia to pilot new technologies,” she said.

U.S. Rep. Tim Ryan of Howland, D-13th, who in 2007 led legislation that added Mahoning, Trumbull and Ashtabula counties to the commission, said: “These funds will help to establish a much-needed broadband network in Youngstown and continue to revitalize our downtown. They will provide BRITE with critical resources to continue to lay the groundwork for transforming the Mahoning Valley into Voltage Valley and they will provide area businesses with access to capital so we can continue to grow our local economy here at home.”

U.S. Sen. Rob Portman of Cincinnati, R-Ohio, in a Wednesday release said Ohio’s $5.7 million grant funding is “great news because it will help ensure that these organizations across Ohio have the resources needed to expand world-class technology in their regions, to support entrepreneurship and thus help ensure economic development and job creation in these towns and local communities.”

Eastgate earlier this year applied for and was awarded $132,500 in U.S. Economic Development Administration funding to research the broadband gaps in Mahoning, Trumbull and Ashtabula counties.

“Along with regional stakeholders, we fully understand the impact that a modern, state-of-the-art broadband network could have both for our residents and commercial partners in the Valley,” Mark Ragozine, Eastgate’s economic development planner, told Mahoning Matters in a March email, before Eastgate applied for the funding.

The study is expected to: map the area’s existing broadband infrastructure; review current trends in telecommunications technologies; analyze the broadband internet market and existing or forthcoming regulations and policies; and devise a starter set of projects to expand fiber-optic availability, among other things.

“The urban areas [of Youngstown] have infrastructure to support broadband, but lack adequate internet access,” reads a 2017 action plan to expand broadband infrastructure in the region developed by the nonprofit Connected Nation, which received $905,000 from the state’s Ohio Third Frontier fund early last year to accurately chart gaps in broadband service areas across the state.

In the central portion of Trumbull County, connections can be easily strung between Youngstown, Girard, Hubbard, Liberty Township and Niles, Nicholas Coggins, associate director of the Trumbull County Planning Commission, told Mahoning Matters Wednesday. Some neighborhoods may have “dead spots” but overall, residential areas are already “well-established,” he said.

But broadband availability appears to drop off the further one goes north or west into Trumbull County’s more rural areas, he said.

“Southern Ashtabula/northern Trumbull County — that has the biggest concern of ‘dead spots’ that we need to fill,” Coggins said.

Eastgate has requested bids for the study, which are due Monday. A committee of regional stakeholders will then review and score the proposals, Ragozine said Wednesday.

“More information on the feasibility study should be available once we have a consultant [or] firm on board, and get a better idea of what their proposal might be and how they would approach this study,” he said.

The city of Niles has about a mile-and-a-half of fiber line running between city hall and other buildings, according to a request for proposals to upgrade and expand the city’s municipal fiber network, which were due Monday.

The network was installed at least 10 years ago, but at the time, the type of fiber installed was “wrong” and had to be cut and spliced repeatedly, said Mike Dibble, the city’s IT director. What was left was just enough to operate traffic lights, he said.

The city’s new project would rip and replace connections to the Niles Wellness Center — which are sagging too much, meaning a stiff breeze can knock out service — as well as the Safety Services Building. A new, 12,000-foot line would also go to the city’s wastewater treatment plant.

Currently, the city is leasing bandwidth for the wastewater building from lines owned by the City of Warren, but this expansion will likely save money in the long run, said Mike Dibble, the city’s IT director.

“The monthly rates are just exorbitant compared to what it would cost us just to run our own lines,” he said.

The proposed project spans a corridor from the area of Waddell Park — where the Wellness Center is located — down Warren Avenue, crossing south to State Street to link the city’s SCOPE senior center, then down Park Avenue and Olive Street to the wastewater treatment plant, near where that street intersects the Mahoning River.

“Because we’re going in the areas we’re renting lines in and we’re putting extra strands in, that’s going to give us the room for expansion down the road” — possibly to businesses or residences, Dibble said.

The main goal is better, more reliable connectivity to city networks and devices along that route, which includes the city’s 911 dispatch center, said Niles Mayor Steve Mientkiewicz. But future expansions could include new fiber spurs into downtown.

“One of the things we’ve been exploring is a revitalization of the downtown area in Niles,” the mayor said. “One thing we’d like to do down the road is offer fiber as an economic development incentive for businesses moving into the area.”

Fiber-optic is the best, most reliable broadband service money can buy. Whereas common copper cable lines offered by local internet providers can download up to 500 megabytes of data per second — 25 megabytes down is the threshold to be considered broadband — fiber-optic lines can pull down up to 1,000 megabytes per second.

Internet service providers like Spectrum only offer cable broadband locally, meaning Dibble would be able to buy bandwidth from multiple vendors to share with those connected to the city’s fiber network.

“If they plan to bring in new-generation type jobs, like a think tank or internet tech companies … we want to be able to provide them more bandwidth than what’s currently offered,” Dibble said.

One fiber line can also feed several hundred individual nodes in a single residential neighborhood, said Dibble. But expanding for homes would require even more infrastructure upgrades on the city’s end. The city would also have to consider whether the cost of buying extra bandwidth for those customers is feasible.

“This could actually turn into more city jobs, if we do turn this into a service,” he said.