Herb Washington: As a Black McDonald's franchisee, 'I was targeted for extinction'

In a lawsuit filed Tuesday, Washington alleges the fast-food giant operates using a two-tier system — one for white owners and another for Black owners.
Feb 17, 2021 3:52 AM By: Jess Hardin 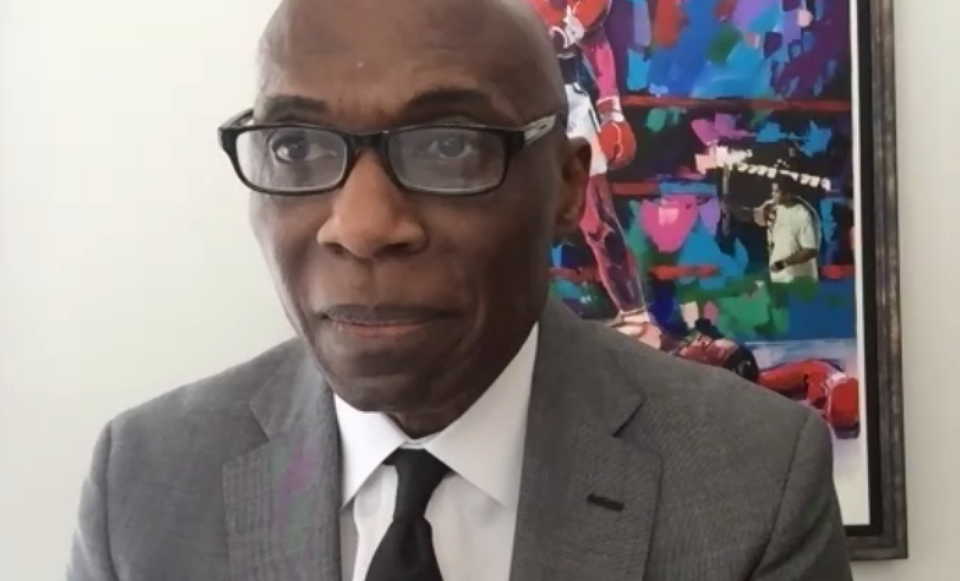 YOUNGSTOWN — When asked why he decided to file a discrimination lawsuit against McDonald's right now, franchisee and Youngstown resident Herb Washington said, "It's really simple. I can't breathe."

"The corporate entitled knee has been on my neck, my throat for 40 years," Washington said. "When I see racism and injustice I have to speak up."

Washington chose his words carefully, referring to Floyd, killed by police officer who kneeled on his neck for more than eight minutes.

In a lawsuit filed Tuesday, Washington alleges the fast-food giant operates using a two-tier system — one for white owners and another for Black owners.

White owners are encouraged to flourish and grow; meanwhile, the company works "to pigeonhole and oppress Black owners like me," Washington said.

Specifically, Washington claims the company has historically redlined Black franchisees by blocking Black owners from buying restaurants in white neighborhoods while profiting from Black communities. He said he started pressing the company to allow him to expand into white suburbs in the 1980s and 1990s.

He added McDonald's is stripping Black owners of their stores and turning them over to white owners.

Washington said that's what happened to him.

He's been forced to sell seven restaurants — which ended up in the hands of white owners.

Washington further claims McDonald's is not permitting his son to purchase his restaurants or any others and is thus "restricting the transfer of intergenerational wealth in the Black community."

"After four decades in the McDonald's system, I have been targeted for extinction," Washington said.

This isn't the first time Black franchisees have sued McDonald's.

In September, more than 50 Black former franchisees filed a suit in federal court alleging they were denied the same opportunities as their white counterparts.

In the lawsuit, the plaintiffs allege they were offered "locations with higher operating costs, such as security, insurance and employee training and turnover, and which required substantial renovations and rebuilds, as compared to white-owned franchises."

The comparative challenge was referred to as a "financial suicide mission" in the lawsuit.

Another of Washington's attorneys, Joe Peiffer, noted the company acknowledged racist policies such as red-lining Black owners from buying restaurants in white neighborhoods as early as 1996 and has been promising parity among franchisees since then.

And the gap in profits has only gotten wider.

"Since 2010, McDonald's has tripled the cash flow gap between Black and white operators," said Conway.

In its response to news of Washington's lawsuit, McDonald's blamed "the situation" on Washington's mismanagement; the company claims he failed to have a "Hamburger University" graduate at each restaurant, had poor customer follow-up and a rodent infestation at a store.

To which Washington replied, "You don't stay in this system for 40 years, in any career, if you're such a bad actor."

The company claims nearly 30 percent of franchisees are "ethnically diverse" and noted it is trying to increase the diversity of franchisees under the leadership of new Chief Diversity, Equity and Inclusion Officer Reggie Miller.

The appearance of addressing racial inequality is "good for business," Washington said.

"While McDonald's has joined the chorus of brands releasing hollow solidarity statements in support of Black Lives Matter and launched a marketing campaign to profit from that movement, it has done nothing to change its own internal policies and practices to perpetuate systemic racism by disadvantaging and squeezing outfits black franchise owners," said Conway.

Washington's goal in filing the lawsuit is straightforward — he wants to end racist franchise policies at McDonald's.

He said his goal is to "make McDonald's stop the systemic racism that exists in the two-tier system, where black owner-operators cannot be as successful and white [owners] and that there is a system for them and there's one for people that look like me."

Washington asked others who have experienced racist treatment to join his cause.

"I know McDonald's was coming for me with all of their weapons. But I'm not alone," he said. "If you're listening, no matter where you are or who you are, and you've been discriminated against, join the team in a way that's comfortable for you. Stay woke. It's all."