The state's surge in COVID-19 cases is affecting a decision on the safety of athletic competition.
Jul 17, 2020 4:26 AM By: Mahoning Matters staff 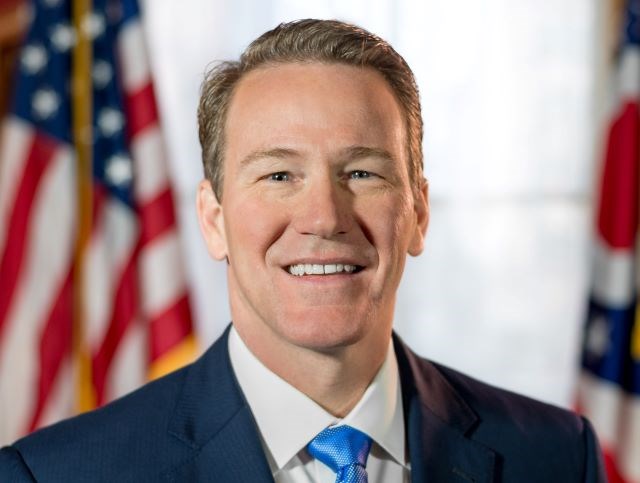 YOUNGSTOWN — The Horizon League — in which most Youngstown State University fall sports teams compete in — is delaying the start of fall competition until Oct. 1 because of the COVID-19 pandemic.

That announcement was made on Thursday, the same day Ohio Lt. Gov. Jon Husted did not provide an expected announcement on what the state will recommend for competitive sports. That decision will impact the Ohio High School Athletic Association.

It appears Husted punted the topic to next Tuesday.

Across the border, Pennsylvania high schools are anticipating a fall season after a Wednesday tweet from the Pennsylvania Interscholastic Athletic Association.

The Horizon League Council is delaying the start of fall competition for all sports (championship and non-championship) with the understanding that if competition occurs, it will not begin before Oct. 1. Among YSU's fall sports are cross country, golf, women's soccer and women's volleyball.

The decision does not impact YSU’s football team, which competes in the Missouri Valley Football Conference.

The Horizon League decision was made to allow each campus to focus on ensuring safety in a return to competition protocols.

The delay in competition includes all exhibition, league and non-league contests in all sports (championship and non-championship). Decisions related to training and practice will be left to members’ discretion.

Rescheduling of non-conference contests impacted by the postponed start of the fall seasons will be determined by each school.

In Columbus on July 9, Husted said the state would have “more guidance coming next week” on contact sports.

Thursday, Husted said the state is not ready to reveal guidelines.

“We understand the magnitude and consequences of either decision,” Husted said on whether it’s safe enough in the state to permit contact sports. “That is why it is taking time to work with all of those different groups to try to get this right.”

Husted declined to say when a decision would be made.

“We understand that there is a need to get this information out,” Husted said. “We’re working to come to that conclusion hopefully in the very near future.”

On Wednesday, Lance D. Himes, Ohio's Interim Director of Health, extended the state's guidelines for sports through July 22. The rule authorizes practices and training for all sports but only intraclub/team scrimmages are permitted for contact sports and practices and open gyms should be limited. Competitive games and tournaments are permitted for non-contact sports.

Husted said talks are underway with various sports organizations including the OHSAA, professional teams and colleges and universities.

‘You also have AAU and club sports, and people who own athletic facilities who run sports leagues,” Husted said. “It’s hard to come up with one set of plans that addresses the unique circumstances that everybody operates under.

“That’s the complexity of this.”

Husted said Ohio’s rise of COVID-19 cases across the state (more than 1,000 confirmed cases a day for nine consecutive days) is a factor.

“We’re trying to balance that we know that sports are an integral part of Ohioans’ lives, that kids really value them as part of their character and personal physical development,” Husted said.

DeWine has not announced whether Ohio will approve schools reopening next month.

Bob Goldring, the OHSAA's acting executive director, said on Tuesday that it is up to each school to decide if that school will have teams compete should the governor authorize fall sports.

Pennsylvania schools anticipate competing this fall. On Wednesday, the Pennsylvania Interscholastic Athletic Association tweeted that it “is moving forward with the normal start of the fall sports seasons unless otherwise directed by the Commonwealth.”

“Our focus is the health and safety of student-athletes which is paramount in moving forward with athletics,” the PIAA tweet said. “Each member school has developed health and safety guidelines to allow athletics to continue as an important part of the school day.

“Participation in athletics has known health benefits, including promoting physical fitness and mental wellness which is necessary in a time of uncertainty for our student-athletes.”