How should Ohio's Congressional districts be aligned? Contest seeks answers

The OEA is seeking entries from students and educators for the Design Ohio's Future contest.
Apr 6, 2021 5:45 AM By: Mahoning Matters staff 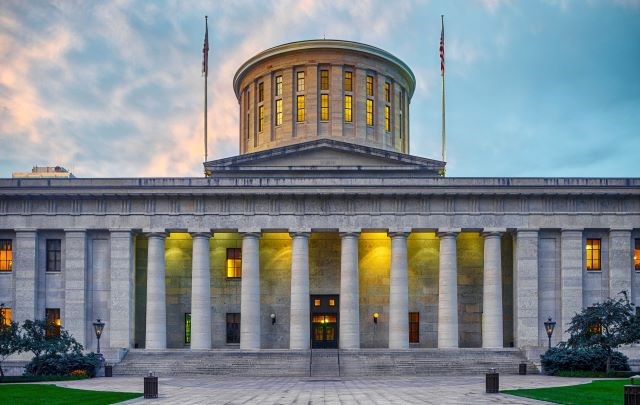 COLUMBUS — As Ohio’s lawmakers prepare to once again redraw the state legislative and congressional district maps, Ohio students and educators are being asked to try their hands at redistricting as part of the Ohio Education Association’s new "Design Ohio’s Future contest."

“These district maps play a fundamental role in the strength of our democracy, but for too long, gerrymandered districts have allowed politicians to choose their voters, not the other way around,” OEA President Scott DiMauro said in a news release. “Thanks to reforms approved by voters like requirements to keep 65 of Ohio’s 88 counties whole and only let five counties be split more than twice, the redistricting commission is being held to new standards to ensure districts are politically competitive and elected leaders must represent the interests of all of their constituents, not just their favored few. Ohio’s students and educators have a chance to show them how that’s done.”

The Design Ohio’s Future contest is open to all Ohio middle and high school students as well as all OEA members.

Full contest rules are on the submission page. Entries are due May 1.

Winners will be selected for creating Ohio House, Ohio Senate and Congressional District maps in the following categories:

All map entries must include districts that have roughly the same population size and are contiguous. All entries except those in the Most Creative categories must adhere to redistricting requirements Ohioans voted for. The full requirements and a tutorial video can be found on the Design Ohio’s Future page of the OEA website.

The 27 winners will receive a special commemorative plaque and have their maps featured in the Ohio Schools magazine and on the OEA and All in for Equal Districts websites. The maps will also be shared with the state officials responsible for redrawing Ohio’s maps.

“What happens in our classrooms depends so much on what happens in our Capitol buildings,” DiMauro said. “Our current system is broken, and if we’re going to fix this mess, we need non-partisan, independent redistricting that ends map manipulation.

"We’re asking Ohio’s students and educators to lead the way.”