'I just never, ever considered that breast cancer was a possibility for me'

Salem doctor said she is fortunate she had the sudden pain and caught her cancer in the early stages.
Oct 29, 2019 7:13 AM By: Alyssa Weston 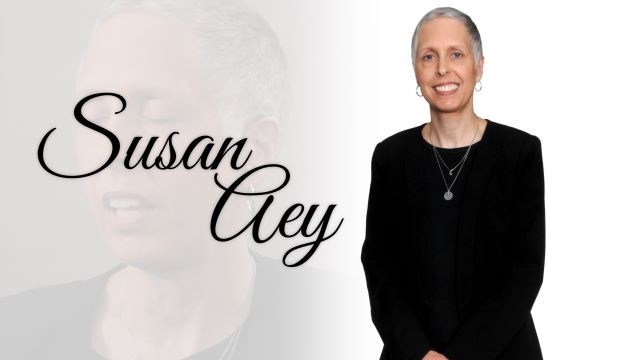 SALEM — For Susan Aey, breast cancer was the furthest thing from her mind until one night in bed.

“Imagine my shock when late one night while lying in bed, I had a sharp uncomfortable pain in my left breast, half asleep. I felt for a small lump the next morning — not sure if I had been dreaming. Unfortunately, it was,” she said.

Aey — a physician herself — said it was difficult just calling her gynecologist and saying the words, “I have a breast lump.”

Even though her tests came back inconclusive from the first breast cancer center she went to, Aey’s gynecologist urged her to visit the Joanie Abdu Comprehensive Breast Care Center. After being tested immediately, she got her diagnosis.

“I’m kind of an example of what not to do because I just never, ever considered that breast cancer was a possibility for me. I had no family history; had no risk factors. I was active and I felt healthy; I felt wonderful. Because of that attitude, I stopped doing breast exams,” Aey said.

Before breast cancer, Aey was a stay-at-home mom with a hectic lifestyle of running her kids around. Her unexpected diagnosis hit her hard.

Aey didn’t think the lump could be cancer and was hopeful that her biopsy would come back fine.

“I still have kids at home. I really was thinking more about them than myself. It was scary. It really was scary.”

In Aey’s opinion, she is fortunate she had the sudden pain and caught her cancer in the early stages. Otherwise, she might not have have found out for another six months when she was due for her next mammogram.

Aey said with her medical knowledge, she felt she was in good hands at the Joanie Abdu Comprehensive Breast Care Center and was impressed at how frequent evaluations were.

“[The center] is so calming and comforting. It’s not like a normal clinic where you’re, you know, sitting in a large waiting room with a lot of other people under the bright lights,” Aey said.

Aey’s advice for other cancer patients going through similar treatment is that although it’s scary and anxiety provoking, the treatments have come so far and the prognosis for most breast cancers is good now.

“You just have to look at the end result and try not to get bogged down and so worried about the process in between. It isn’t pleasant all the time. But, you know, if I can get through it, I think most people can,” she said.

Aey navigated a new pace while going through chemotherapy and radiation treatments because she was unable to do all the “hustle and bustle” and rushing around she did before.

“It just makes you think of what’s important,” she said. “I just feel I have a lot of gratitude to everyone along the way from Joanie Abdu that helped me through this.”