'It's going to be madness': Some bar owners feel 'punished' by Ohio liquor curfew

"I don't think the politicians necessarily understand how the service industry lives," said Amanda Brindle, who manages a Poland restaurant.
Jul 31, 2020 5:00 AM By: Justin Dennis 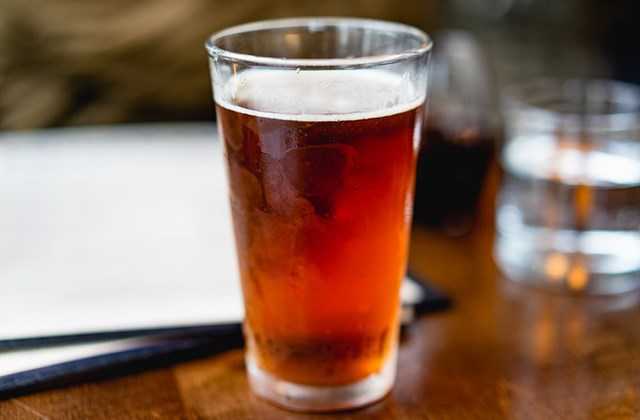 [EDITORS' NOTE: This story has been updated to reflect that Riser Tavern and Grill is in Poland and Krakatoa Tropical Food and Spirits is in Boardman.]

UPDATE (11 A.M. FRIDAY, JULY 31): The Ohio Liquor Control Commission on Friday morning approved a rule banning the sale of alcohol after 10 p.m. in the state, as requested by Gov. Mike DeWine. DeWine said Thursday if the rule were approved, it would take effect through executive order tonight.

COLUMBUS — Last call will be about four hours earlier tonight if a new emergency order is approved by state liquor officials.

Gov. Mike DeWine asked the Ohio Liquor Control Commission to consider what's essentially a curfew for liquor sales and consumption in the state.

Establishments would be required to stop serving alcohol by 10 p.m. and patrons who have been served alcohol must finish it by 11 p.m. Establishments may then continue to serve food until close of business. DeWine is also asking the commission to raise the number of liquor and mixed drinks that can be bought with one carryout meal from two to three.

If approved today, DeWine would sign an order to take effect tonight, he said. The commission has a special meeting set for this morning.

The governor said though "most" bar owners are complying with guidelines to contain the spread of coronavirus, there are "outliers," noting outbreaks across the state that were traced back to liquor establishments. Some states with rising case numbers like Ohio's have shut down bars.

"We do not want to shut down bars and restaurants. That would be devastating to them. But we do have to take some action and see what kind of results we get," DeWine said.

"The problem is, bars, by their nature, lend themselves to a revolving door of people in close contact, oftentimes indoors, with interactions between many different people," he said. "While this may have been fine during normal times, these are not normal times. We must make a change to curb the social behaviors that will cause this virus to continue to spread."

For Lisa Lorelli, who owns Riser Tavern and Grill along West Western Reserve Road in Poland, the new restriction wouldn't change things much.

“We don’t get that much business after 11 p.m. anyway, but for others that’s not the case,” she said.

The restaurant closes at midnight, but “if people are there, we’ll stay open,” Lorelli said. Since reopening, she’s had several days when she closes at 1 a.m.

Lorelli is optimistic the Riser would weather the restrictions. She worries about new restaurants and said attempting to stay afloat during a pandemic within the first two years of opening would be “impossible.”

“If this will help take control of the virus and get things back to normal, we’ll do anything we need to do,” Lorelli said.

Krakatoa Tropical Food and Spirits along South Avenue in Boardman, which normally closes at 2 a.m., does a good portion of its business after 10 p.m. — mostly serving other service industry workers who just ended their shifts.

"It's going to really hurt us a lot," said Amanda Brindle, general manager. "We're going to have to change all kinds of things around. It's going to be madness."

Krakatoa halved its indoor capacity upon reopening, started opening an hour later each day, ordered less inventory and mandated masks for patrons — even though the last part is "difficult" to enforce, she said.

Though Brindle said she supports the state's efforts to control the spread of coronavirus, more than two-thirds of Krakatoa's business is in alcohol sales.

"We understand fully. If it happens, it happens. We're willing to change our hours and all those things. But I don't think the politicians necessarily understand how the service industry lives," she said.

Jeff Richards, owner of JR’z Pub along South Raccoon Road in Austintown, said he expects the 10 o'clock bar crowd would just come earlier in the evening. The 46-year service industry veteran thinks the order will accomplish little for public health.

Though takeout business carried JR'z in the first several weeks after reopening, alcohol sales, especially after 10 p.m., remain more than half of its total business, he said.

"I don't know where it's going to go. It never stops. We do our best to protect the people we have coming here," Richards said. "It's always something that has to punish the small business — the folks that can't survive without business.

A SECOND LOOK AT A CONTROVERSIAL DRUG

DeWine on Thursday said he called for the Ohio Pharmacy Board to reverse its Wednesday decision banning the use of hydroxychloroquine to treat COVID-19 because the process for its decision was "fundamentally flawed."

The state board ultimately rescinded its decision Thursday, DeWine announced during a briefing on the state's coronavirus response. The governor called it "the right thing to do."

"I believe their process for arriving at this original decision was fundamentally flawed," he said. "It really didn't provide enough opportunity for people to comment. What they should have done, I believe, is have a full hearing on this ... and really sought out additional medical advice in regard to this.

DeWine reiterated he cannot, as a governor, hold an official position on the use of the controversial anti-malarial drug, whose efficacy has been disputed by Dr. Anthony Fauci, the nation's leading infectious disease expert, following a number of studies that found it had little benefit for COVID-19 patients but possible deadly side effects. The Food and Drug Administration has also revoked its emergency use authorization for the drug, which had previously allowed it to be used to treat COVID-19. But the drug has become a political flashpoint and has been promoted by President Trump as a possible treatment.

When pressed by reporters on his strong stance for the efficacy of mask-wearing, DeWine reiterated that his issue was with the public comment period prior to the board's decision — "What I saw ... it did now allow for enough input from the public.

"They had the comment period, but most Ohioans did not even know this comment period was going on," he said. "While [hydroxychloroquine] is not being used very much in Ohio ... it is being used."

Jonathon Fauvie, Mercy Health spokesperson, said Thursday the hospital system is not using hydroxychloroquine as a treatment for COVID-19.

• According to the latest figures Thursday from the Ohio Department of Health, the state is reporting 84,862 confirmed cases of the coronavirus to date. That's 1,649 new cases over Wednesday, the highest single-day spike since the Ohio outbreak began.

• There have been 2,349 confirmed and probable cases in Mahoning County; 1,374 in Trumbull County; and 1,547 in Columbiana County.

• Statewide, there have been 3,442 confirmed and probable deaths, including 249 in Mahoning County; 98 in Trumbull; and 60 in Columbiana. Mahoning County's 249 reported COVID-19 deaths on Thursday remained the fourth among Ohio's 88 counties; Franklin County had the most with 507.

• According to the Ohio Public Health Advisory System's latest update, more urban counties were downgraded to Level 2 "orange" status this week, which DeWine said suggests the statewide mask mandate is working. The risk in rural counties, however, is increasing, indicators show. As of Thursday, 88 percent of Ohioans live in either "orange" or "red"-level counties. Mahoning, Trumbull and Columbiana County are in the Level 2, "orange" alert phase.

• DeWine urged Ohioans attending any type of social gathering to wear masks, even if it's in their own home, citing cases of local coronavirus spread that were traced back to birthday parties and weddings. Public gatherings in Ohio remain limited to 10 or fewer people. Those living in "red" or "purple" alert level counties, however, should refrain from gatherings of any size, DeWine said.

• Youngstown City Council on Wednesday backed Mayor Jamael Tito Brown's executive mask mandate by codifying a mask requirement in a split 4-3 vote. Those who voted no questioned the city's ability to enforce a mandate, or the effectiveness of masks in containing the spread of coronavirus.

• Western Reserve Transit Authority drivers on Thursday donned red masks reading "Hazard Pay," in support of their labor union's call for an additional hourly wage during the pandemic. WRTA officials said they spent 10 percent of their $10.3 million in CARES Act funding on a one-time bonus for drivers, but are being cautious about spending the remainder.

• Youngstown City Schools CEO Justin Jennings on Tuesday announced more details on the district's coming school year, which will begin remotely. He laid out class scheduling as well as plans to ensure every student has an Internet-connected device in the home.

• The Ohio Education Association wants schools in counties with higher cases of COVID-19 to start the year with remote learning and maintain that for as long as needed. A mid-July poll of its members found 69 percent of education professionals in the state do not think schools can reopen safely in the fall.

• According to the Pennsylvania Department of Health on Thursday, there have been 111,078 coronavirus cases to-date in the state, and 7,176 deaths. There have been 318 cases in Mercer County and nine deaths; 324 cases in Lawrence County and 11 deaths.

• Nationally, 1,434,000 new unemployment claims were filed for the week ending July 25, meaning around 16.9 million Americans are unemployed, according to the U.S. Department of Labor.